The heat is on, as Glen Frey once said. Whatever did happen to Glen? You don’t have to answer that, we’re here to find out what’s going on in the wonderful wilds of Wiltshire, not to discuss the heroes of eghities power-pop.

Thursday 11th, then, and James Kirkby plays Chapel Arts in Bath, ans Lone Bear is at The Beehive, Swindon.

School still out, and Aston Court have the Bristol International Balloon Fiesta, on Friday 12th. Something on my bucket list, a hot air balloon, just so you know.

There’s a very interesting Lego stop-frame animation workshop at Wiltshire Music Centre, Bradford-on-Avon, also on Friday, and it’s got later dates available should you not get in on Friday.

In Devizes those ever-popular mod covers band, The Roughcut Rebels play The Three Crowns, up against Peppa Pig in Hillworth Park, they are! Not sure about you, but I know which one I’d prefer to visit…. Roughcut Rebels, without doubt, need to be jumping in more muddy puddles, for point of reference, guys!!

Update, due to hot weather, Peppa Pig has been postponed until Monday, to prevent the event turning into an upsetting hog roast!

For more live music in Devizes, try a night of power and soul, with Kate at the Pelican.

The Reason do their thing at the Green Dragon in Market Lavington, and great to see Illingworth appearing at the Barge on Honeystreet; both highly come recommended from us here at Devizine.

Libre Stone play Komedia in Bath, and if you’re down that way, check out an earlier session from Devizine’s favourite singer-songwriter school teacher, N/SH in the bar.

Saturday 13th, and there’s a soy candle workshop at Chippenham Museum, and The Trowbridge Weaver’s Market at the Town Hall.

Always one of the best village fetes around these parts, Seend Fete on the green Saturday 13th.

The Duskers play the Southgate, Devizes, and there’s the Unlock Reset festival #2 at the Consti Club in Chippenham.

Not a great deal listed this Saturday, to be honest, all eyes on Swindon, where my Editor’s Choice this week is Swindon Pride.

We also wish Darren Simons all the best, as he stands down from The Rolleston and Level III, to concentrate efforts more The Vic. That said, you know it’s going to go off at both venues on Saturday, as Level III presents The Chaos Brothers, and there’s another loud and proud triple bill at the Vic, with Here Come the Crows, NervEndings & Something Underneath.

The Woodlands Edge in another venue worth venturing out to, Swindon direction, and Mark Colton will be entertaining there, with Ska , Punk , New Wave covers.

On Sunday 14th August, Fantasy Radio are back in Hillworth Park, 2-5pm. The lowdown on this is, despite me having a moan last week about not announcing who was booked, meaning I missed Phil Cooper play, because I wasn’t informed, I’m glad to have wandered through Hillworth, on my way to the Gate, and overhear them say another third of the Lost Trades, Jamie R Hawkins is playing this Sunday. Even if Fantasy want to keep these things quiet, for whatever reasoning, I believe it’s important for the artists and visitors to know, so I’m telling you now!

And breath; Luke De-Sciscio plays Komedia, Bath on Sunday too.

Monday 15th, and it’s the postponed arrival of Peppa Pig at Hillworth Park, Devizes, and Rock the Tots Summer Party at Wiltshire Music Centre, Bradford-on-Avon. They have a Name that Bunting session on, on Tuesday, a singing day and Fidgety Feet will br there too, with a children’s play, The Little Tin Soldier.

The new season on Jazz Knights starts on Tuesday, and they have The Alan Barnes Quartet, at their usual venue, The Royal Oak, Swindon.

Oh yeah, and, while we’re here; you got your ticket for The Full-Tone Festival yet? Get a jog on if not, it’s probably going to be last great summer blow-out in Devizes this year.

Have a great weekend ahead, apply sunscreen, and if we missed your event, we apologise, but ask yourself this; did you tell us about it? Did you? Really?!

It’s free to get listed here, we’re in it for the love, and cake, and maybe for the love of cake too, so either message us or don’t moan if I missed it! 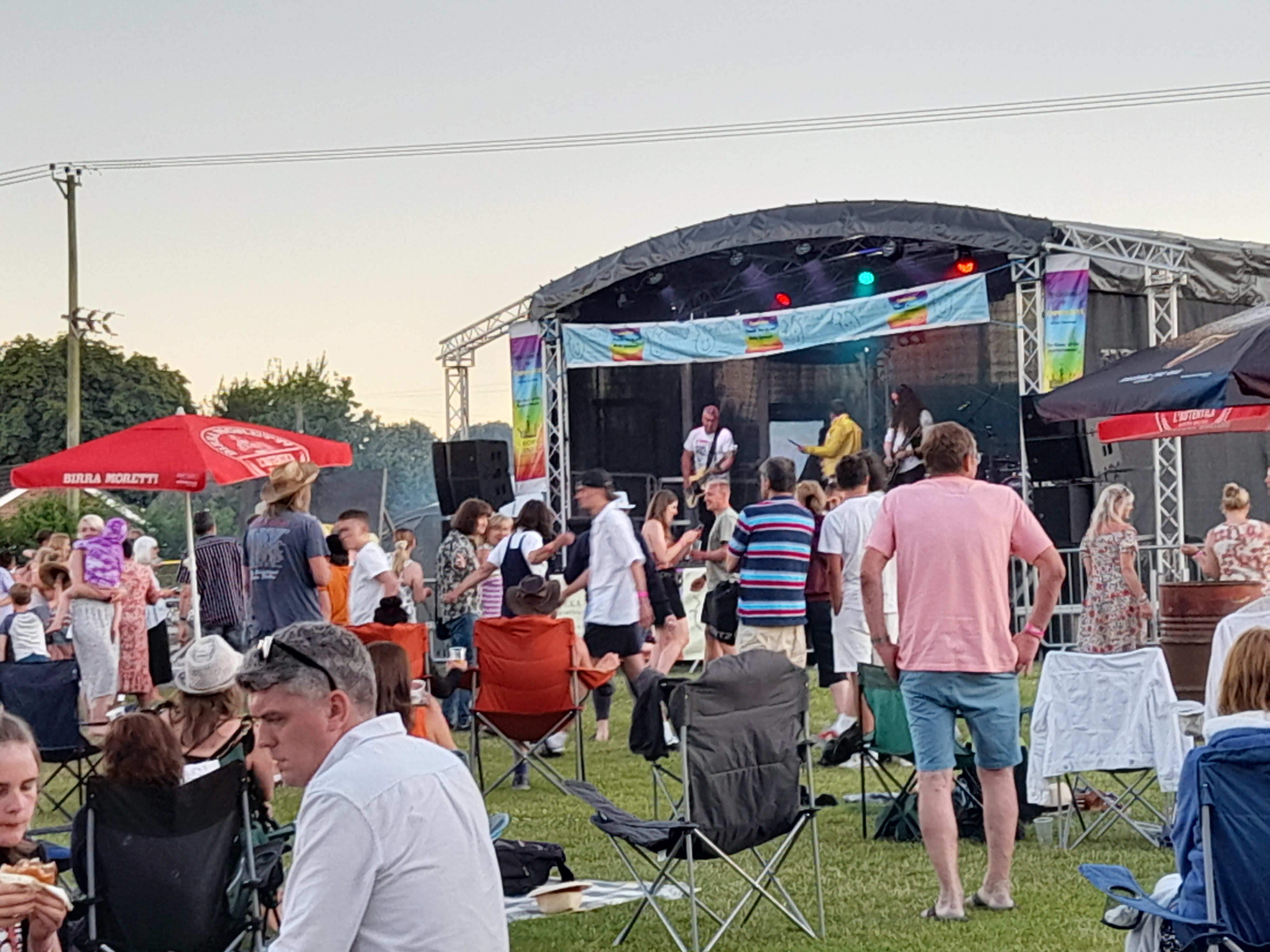 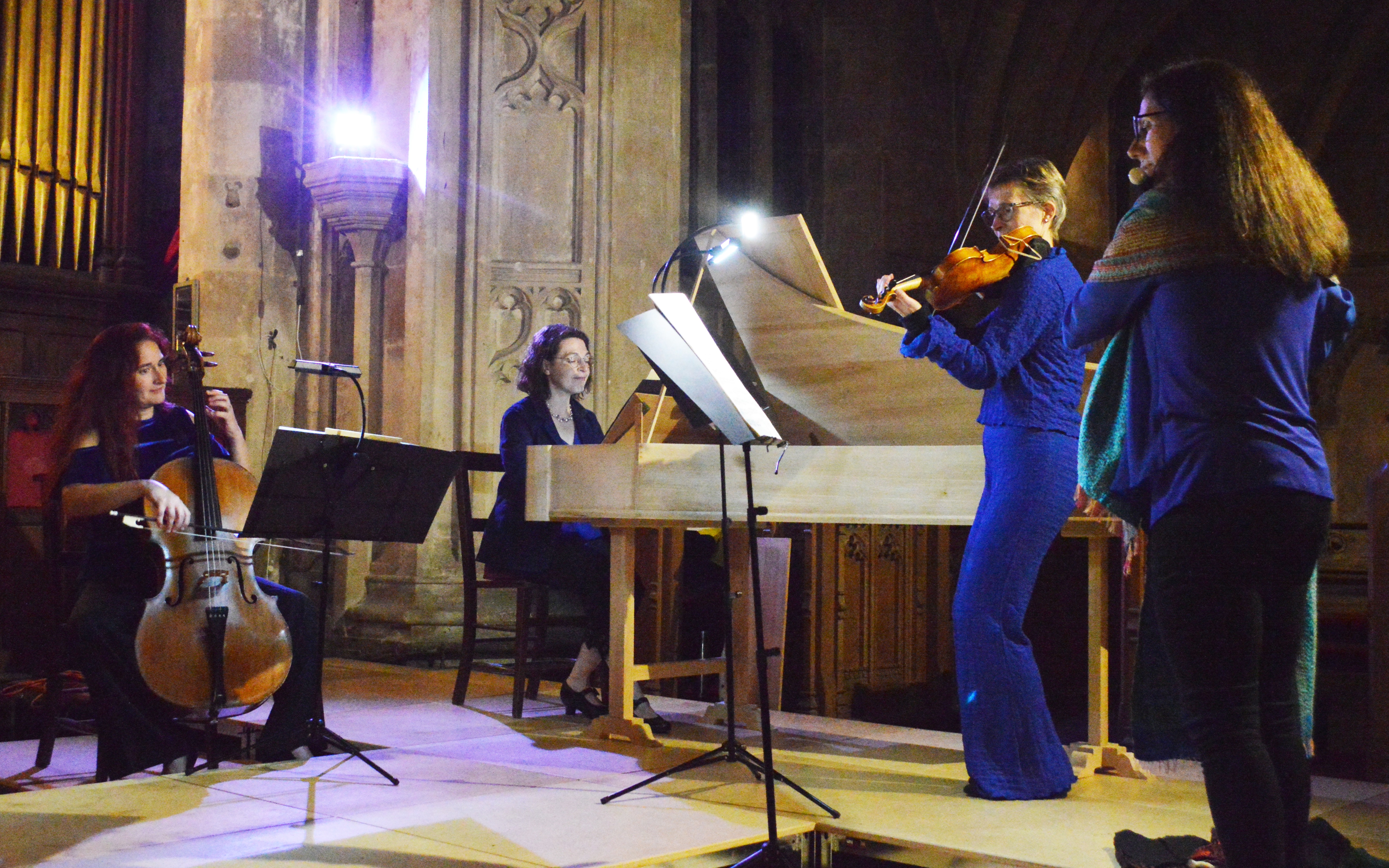 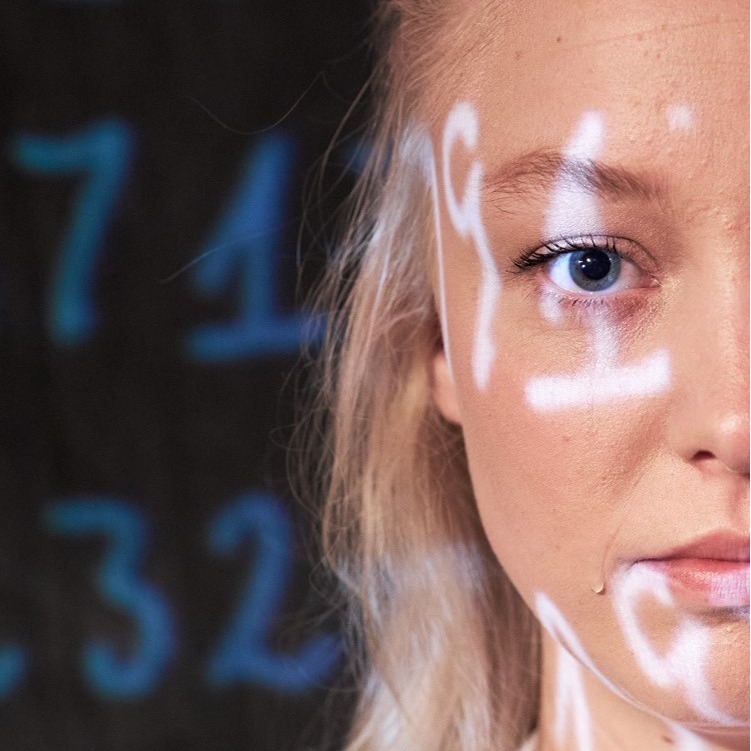 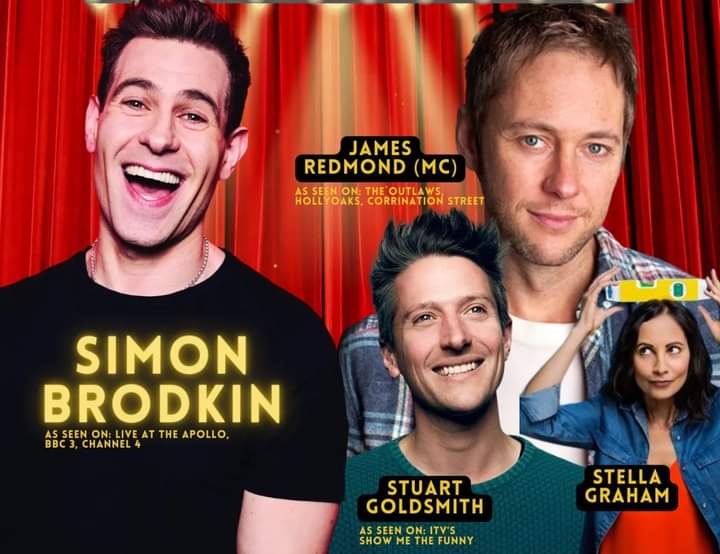 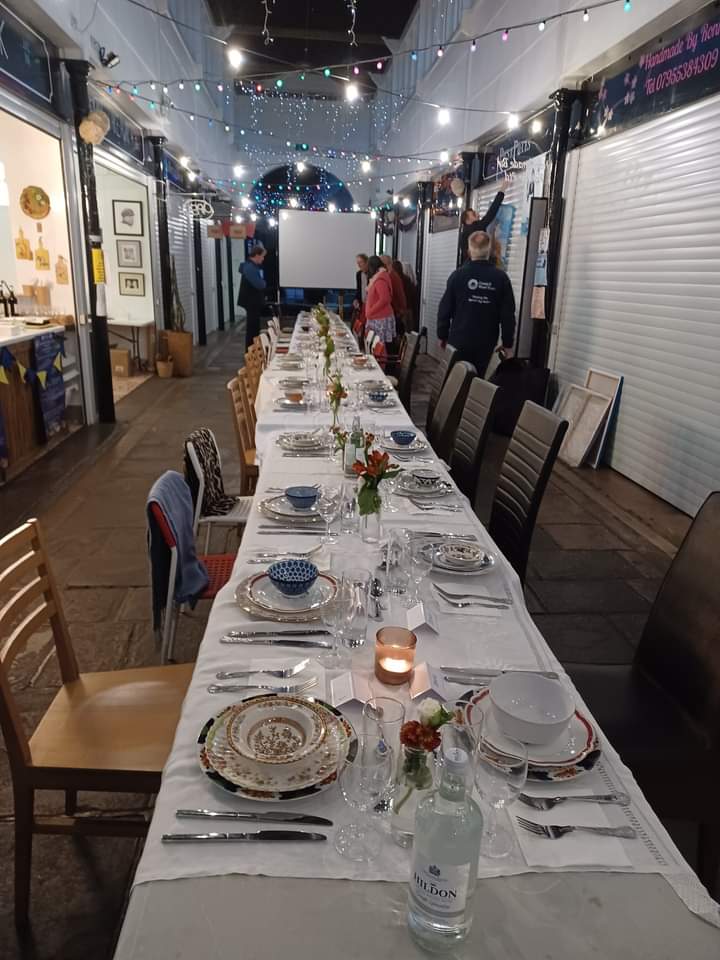 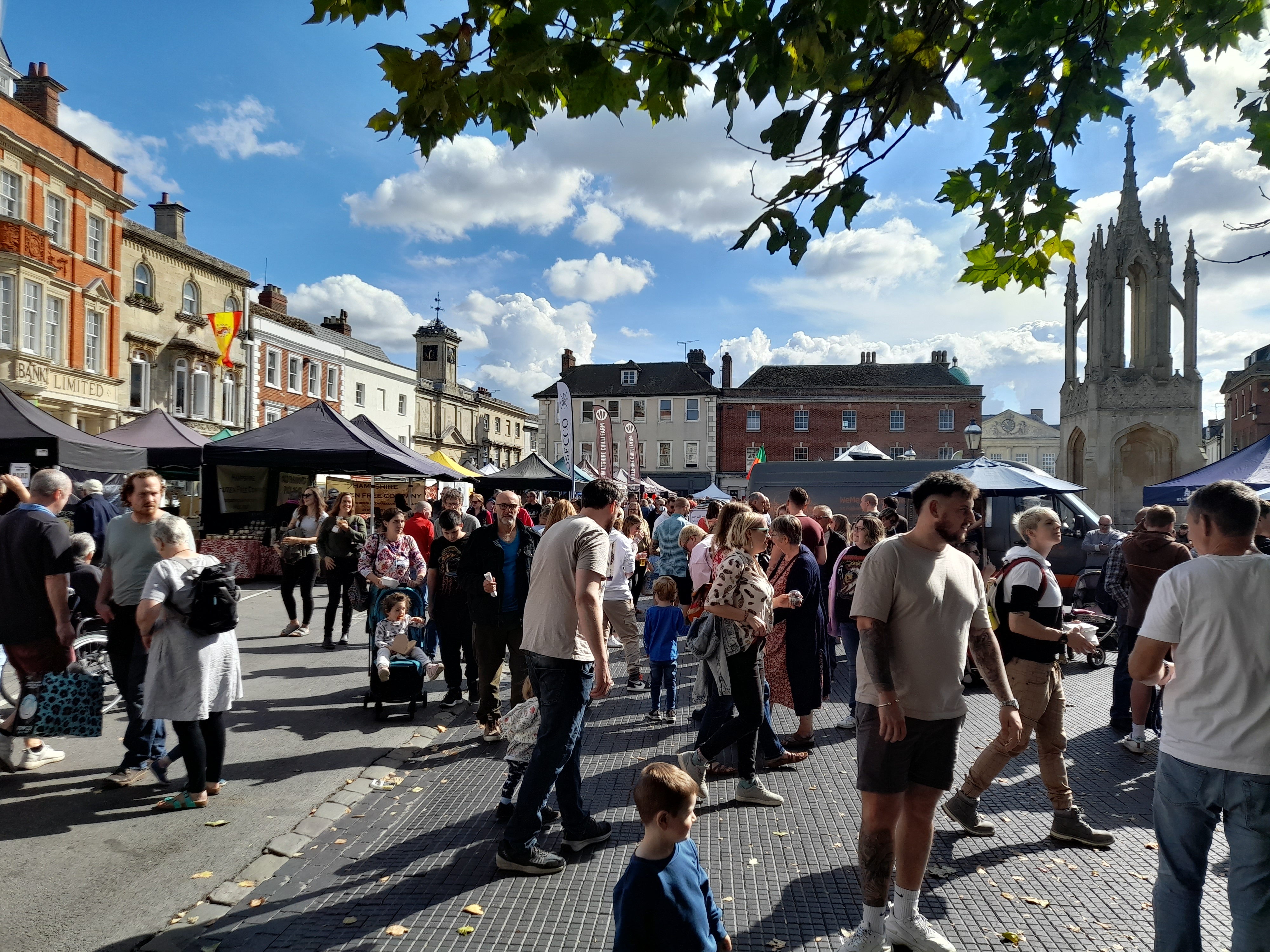 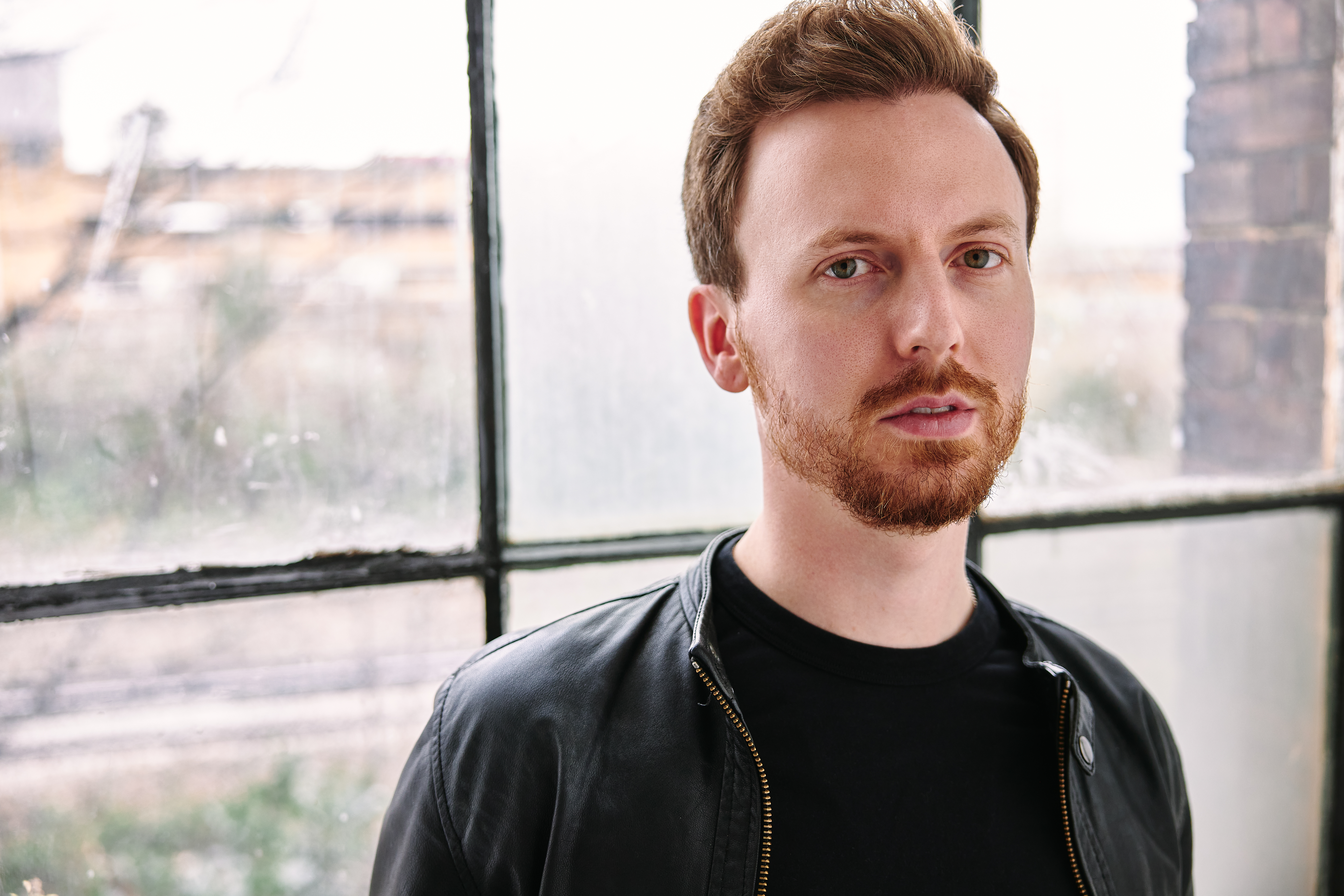