After a series of successful ska nights, The Devizes Scooter Club plans to diversify their Conservative Club evenings for the forthcoming year. With parallel commitment to retrospective panache, the 31st March offers an optional fancy-dress 70s-80s disco; get your legwarmers and deely-boppers out the loft.

But they kick off 2018 on the 24th February, when renowned DJ Terry Hendrick graces Devizes for a Northern Soul – Motown extravaganza, and tickets have gone on sale this weekend. 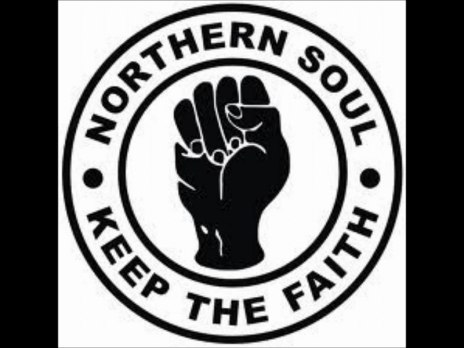 I confess, of the genres combined into this rebirth of mod culture of yore, I’ve an enigmatic relationship with Northern Soul. For starters, the music is no more indigenous to Northern England than the Cornish pasty, rather US rare groove soul and RnB. But it was the choicest category for Mods of Northern towns that flocked to Covent Garden record stores in the sixties hunting rarities before football games.

In fact, the brand “Northern Soul” wasn’t even coined by some high-kicking Yorkshire lad in a tank-top, rather by London record shop owners to distinguish the archaic variety of soul hailed by these Northern vinyl predators, as opposed to upcoming funk and disco welcomed more by Londoners.

However, upon really listening to these rare grooves I’ve taken them under my eclectic wing, considering Motown’s restraints to a definite commercial style isn’t evident in these jumbles. Dynamic, raw energy and experimentation defines the sound. To insure there’s little doubt, I caught up with Terry Hendrick, for a chat prior to his visit.

Due to the record collection Terry amassed in the mid-eighties, he volunteered to DJ for his scooter club. “We decided to hold a do,” he told me, “and invite the local scooter clubs. A couple of other club members and I hired turntables, etc. I thoroughly enjoyed it, and other scooter clubs asked if I could DJ their club do’s as well, that’s when I got hooked.”

Being from Coventry, Two-Tone homeland, Terry was soon being booked to support the likes or The Selecter, The Beat, Bad Manners and Neville Staple. His name grew from there, supporting late, great singers like Prince Buster, Desmond Dekker, Judge Dread and Laurel Aitken, and from reggae group Misty in Roots, right up to modern bands; Dreadzone, The Dualers, The Skints and Skabilly Rebels.

But the conversion to Northern Soul, I had to ask.  “Alongside playing a lot of ska and reggae events,” Terry continued, “the scooter club do’s liked to hear Motown and Northern Soul, which I’d been buying steadily since my first scooter rally in 1985. I was finding, by the late 80’s, friends were asking me to play more Northern Soul, to the point that 75% of my gigs were purely based around this genre.”

So, out of his vast vinyl collection, I asked Terry for his favourite. “If I had to choose one genre, then it would probably be roots reggae, as that’s what I was brought up listening to in Coventry before the 2-Tone explosion happened. But there’s nothing quite like playing great Northern Soul tracks and seeing the passion within the dancers faces; it’s a great scene to be a part of.”

Here’s its niche then, it’s a positive, fluctuating scene, with unique and competitive dances moves, a love affair with the pursuit of rare records which would otherwise be lost in the midst of time. 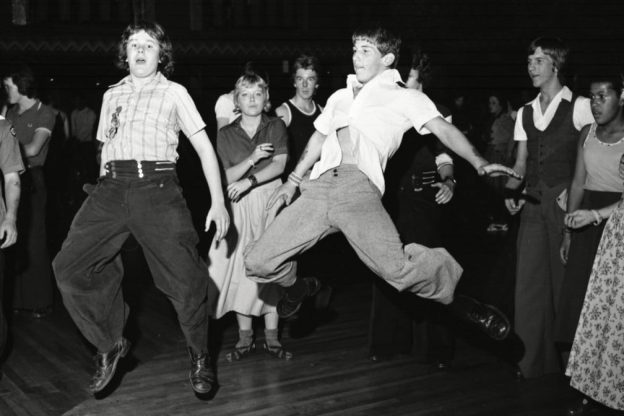 Indisputably cool to witness authentic vinyl DJs these days, I wondered how Terry felt about CD and computer mixers, though I predicted his response! “As I was brought up on an era way before CDs, the only choice was Vinyl, and that’s where my pocket money went as a youngster,” he explained.

“I do believe the sound quality of vinyl is far superior to any digital sound, and I think depending on the genre of music you’re playing and venue, then CD’s have their place, but, unfortunately there are too many out there, that download free off YouTube onto a 10 pence blank CD, and all of a sudden think they’re a DJ. Using Vinyl requires a lot of concentration and skill in not only searching through your box of singles for what to play, but the setting up correctly of the turntables and in the cueing of the track to be played.”

Terry operates under the banner, “Soul Pressure Sound System.” I asked if this was a solo affair, or a network of DJs? “It’s something I started back in the early 90’s, and has been a mainly solo venture until recently,” Terry answered, telling me how he taught his partner Hayley Cuell, and friend, Paul Arnold, who now fly the flag, regularly guesting alongside him.

Most importantly for us, I wanted to know what Devizes can expect to hear on 24th Feb; does Terry play to the crowd, or favour to introduce them to rare grooves. “The tracks I’ll be playing will be a mixture of the classics we all love, also some up tempo RnB,” he convinced me hook, line and sinker. “The beginning will be a lot of the lesser well known tracks, hopefully introducing some great new tunes to people’s ears.”

Just think; they could be your lovely little lobes Terry’s on about! You can get tickets, (£7 advance/£8 on door) from the Cons Club, join the Devizes Scooter Club and ask, or if push comes to shove, contact Devizine and I’ll sort them for you; can’t say fairer than that soul-boy. 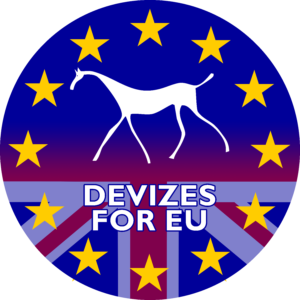 Julia’s House Gameathon is Back!