Knicker incidents, gaffer tape and award ceremonies, I chat with the Female of the Species; defo deadlier than the male!

Last year was full of highlights for me, perks of the job. Despite downsides; attending on my Jack Jones, not finding a single person I knew and having to stay sober to drive home, one particularly memorable evening was at the packed Melksham Assembly Hall in September, for the annual get-together of an explosive all-female local supergroup, The Female of The Species, in September.

The annual gig has run for three consecutive years, the first raising money for the mental health awareness charity, Mind. 2017 was donated to the Wiltshire Air Ambulance. The girl’s raised just over £3,000 last year for the fantastic youth community project, Young Melksham, and for all their efforts, the Female of the Species have been selected for a Community Civic Award. They attend an award ceremony, at the Mayor’s Reception on 22nd March, at the Assembly Hall.

A huge congratulations to the supergroup, constructed of female leads in local groups: Claire Perry of Big Mama’s Banned, Nicky Davis of the Reason, and People Like Us, Julia Greenland from Soulville Express, solo artist Charmaigne Andrews, Jules Moreton of Train to Skaville, and of course, their backing band, including Train to Skaville’s saxophonist Karen Potter. I thought I’d create a group chat with Nicky, Jules, Claire and Julia in order to send my congrats and have a chat about how they feel about receiving the award; glutting for punishment?!

I decided to open with, “afternoon ladies, sorry for a group chat but it is just you girls and me, please be gentle,” but consider I may’ve been asking too much.

A moderate reminder from Jules, “Gentle is not in our vocabulary Darren.”

I asked for confirmation, “deadlier than the male, eh?”

“You know it,” Jules replied, “and thanks, we’re delighted about the award.”

“I guess the first question is, where does this take the FOTS next, I know you were thinking about more than the annual gig?”

“Yes,” Jules bought it down a peg, “we’re looking at doing two, one in Devizes and one in Melksham, or what Nicky just said!”

Prior to the interview going completely off on one, as I suspected it would, I asked, “do you see this more as a get-together, being it’s an amalgamation of groups, or could it become a gigging group?”

Nicky added, “we think we’d all love for it to become a regular gigging band, if we could make it work!”

The girl’s certainly bounce off each other, verbally mind, steady on. Banter ensues, and from recalling the noise in the green room of the Melksham Assembly Hall, equally as loud as the gig, I’m fully aware they get on like a house, or even, residential estate on fire. But, what about their respective bands, are they jealous of the accolade?!

“No jealousy at all from my lot,” Nicky confirmed.

“Some gigs will be for personal revenue,” I asked, “rather than charity?”

Perfectly understandably, “yes,” Jules confirmed, “after 5 years of us paying for rehearsal rooms, travel expenses etc, it’s about time we earned ourselves a few quid!”

Will they do an annual fund-raiser this year too, though?
“Every year!” Jules exclaimed, “We won’t forget our roots.” We chatted on ideal venues in Devizes, which is never simple, Female of the Species draws crowd, and being there’s five divas here, they’d need a lot of room. I’d have to be careful how I put that to them though!

“Yes,” Claire Perry finally entered the chatroom; when all hell is due to break lose, “…need lots of room to shake our thangggsss!”

“Will you be doing a song or two at the mayor’s reception,” I asked, in an attempt to keep it refined, “or just getting a badge and certificate?”

“Haaa!!” Claire, stuck on the previous subject responded, “be warned…some of us have ‘thannnngggs’ that need a wide-angle lens!?”

That’s simply not true, it’s all about the bass, no treble. “It’s a beautiful thang,” I pay compliment, “am I quoting you on that Claire?!” I reiterated, “let me rephrase: I am quoting you that!”

To Claire, it’s all meat and no gravy, considering she should ask for extra gravy on the menu choice, I guess the girls get fed at this award ceremony. “That’s fine Darren, but I’m the naughty one! – the girls might have to bring a roll of gaffer tape to keep me schtum!”

Jules finally answers the actual question, “We won’t be performing at the awards ceremony, this will be the only time that we can all get together and enjoy a drink or two! I’ve got the gaffer tape, Claire. We also thought we would make a little video entitled ‘a girl’s guide to gigging’. Between us we have some of the most hilarious gig stories.”

I guess it’s good to trade off on other’s gigging experiences, “what of gigging for girls, how does it differ than gigging for boys?” I’ll probably regret asking.

“I don’t think a gigging boy has ever had to ask a total stranger to help them out of their dress because it’s totally stuck to them and they can’t do it themselves!” Jules replied. Boy George, Jules?

“Do the knickers show through the dress?” Nicky added, “Can I get away with performing in my hoodie or do I really have to make an effort? One plus side- if the voice isn’t on form, I can wear a low-cut top and distract the audience from my crap singing by wobbling the boobs around a bit!”

Taken with a pinch, when recalling how Nicky sublimely covered “Heard it through the Grapevine,” at September’s gig. Still, I’m getting a tad hot under the collar. Meanwhile, Claire belts in with caps lock stuck on, “THE FRONT ROW HAVE TO HOLD ON TO THEIR BEVERAGES IF I HAVE VOICE PROBLEMS NICK!! Back stage stories; we were toying with one of the chapters entitled: Is that meant to be hanging out? Oh, wait…I’ve got an industrial safety pin in my sponge bag that should hold it?! … followed by the chapter…. NO IT WON’T!” 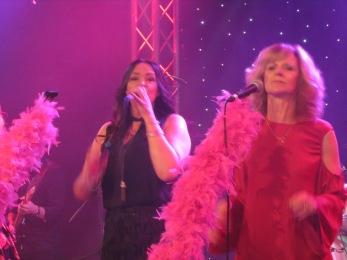 I can see where this is heading, consider making my excuses; Nicky advised I make a run for it. But at this point, Julia Greenland joined the conversation, “Geez how do I even start cutting in on this one?! It’s a closely guarded secret that a few of the band went on stage ‘commando’ as they had got the wrong knickers for their outfits; no names!”
Suspect Jules gave the game away, “I know Julia has a couple of wardrobe malfunction stories,” she mused.

“You’re still on record,” I felt the need to remind them, “things will be taken down.”

“Can you see why we we’re deadlier than the male?!” Claire asked me. Feared answering, I’m asking the questions!

“For once I’m speechless,” Julie admitted, “either that or holding back. Once I get started there’s no stopping me…. us girls have a lot of stories to tell….”

Lo-and-behold a selection of those stories were relayed to me; you don’t need hear of them! “Have you considered a gig/festival with all your respective bands playing?” Not to change the subject or anything like that.

“Many times!” Nicky clarified, “It’s just getting all our band members available on the same date.”

“Yes,” Julia approved, “but it’s a mammoth task to organise something on that scale.”
“Darren,” Nicky checked I was still awake, “these girls need a lot of steering… it’s like herding cats at rehearsals!”

They all agreed, and it was high time to least attempt to bring this rabble of an interview to a close; being as they make the Spice Girls look like the St Winifred’s Choir, I contemplated, “one idea; what about recording a charity single?”

“Do They Know it’s a Knicker-less Gig at all?” I considered.

“…. only if you tell ‘em!” Jules added, despite the fact I explained I’ll print whatever they say!

“Don’t you dare!” Julie said, “Spinal Tap have nothing on us.”

“I meant as opposed to; Do they know it’s Christmas,” I explained. “That’s it; I’m sooo out of here!”

“Coward!” Julie joked, as Jules advised I did leave, to save myself. The only thing really becoming clear, The Female of the Species is a tightknit girl gang, with seamless talent, precariously hilarious banter, and hearts of gold; well done to them for this amazing award.

Slow-Clap to Stand up Against ‘derisory’ Payrise for NHS staff

World Book Day; Flash Your Book at Us! 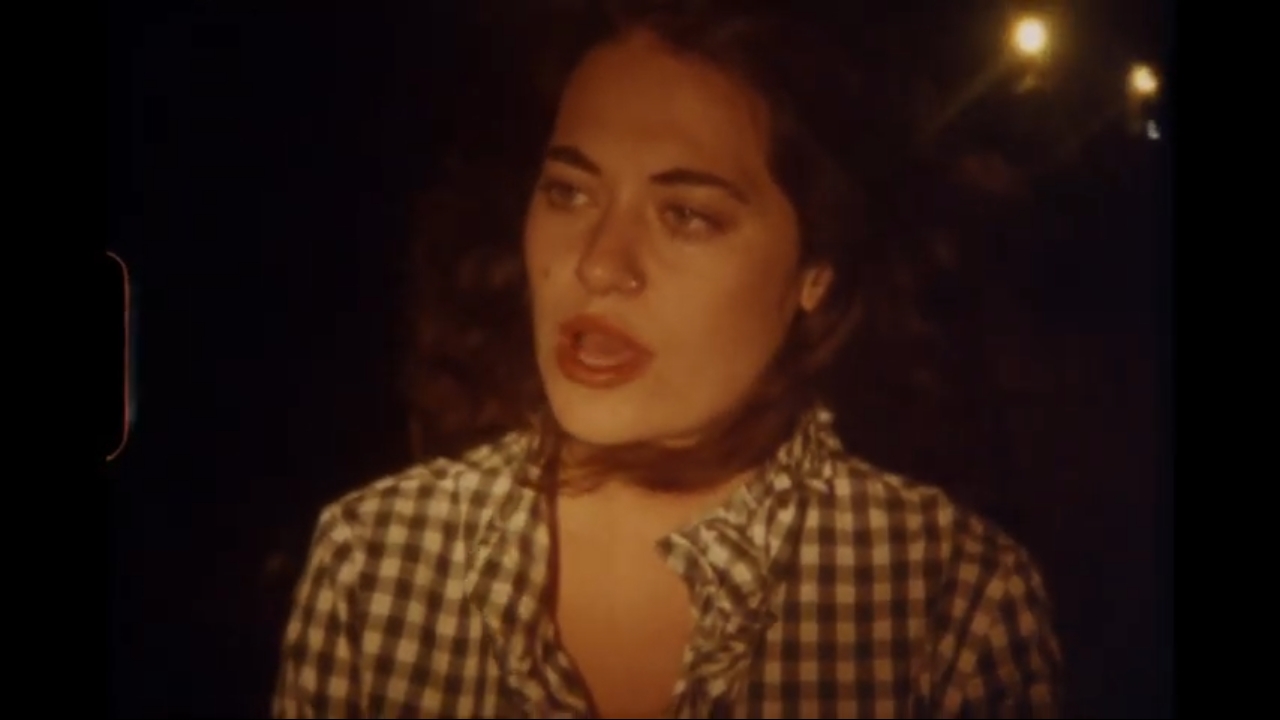 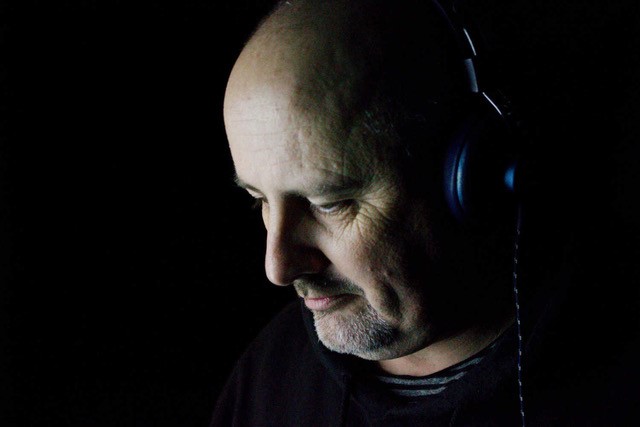 Song of the Day 28: Kevin Brown

Song of the Day 27: Emily Capell