If there’s a stigma among the typical denizen surrounding the Devizes Arts Festival that it’s all rather pompous and geared toward the elder generation, all walks and organ recitals, and that sounds like you, then I bid you look closer at this year’s newly announced line-up.

Devizes Arts Festival has pulled a colossal rabbit out their hats for this June’s festivities; really, I don’t know where to begin. Yes, some of it conforms to the customary Arts Festival bookings, such as an audience with international journalist and veteran reporter John Simpson (Corn Exchange. Friday 31st May) and an organ recital by the Sub-Organist at Durham Cathedral, Francesca Massey (1st June St Johns.) There’s even a two-hour festival walk; Historic Devizes (2nd June. Devizes Town Centre,) guided by experts from the Wiltshire County Archaeology team, and a Civil War Battlefield walk at Roundway Down on 9th June.

Now, don’t get me wrong, while there’s no bad about any such events, and chatting with organiser Phillipa Morgan, who is keen to point out, “we had fifteen sold-out events last year,” there’s many-a darn good reason to cast off this erroneous label.

I assure, many acts are set to blow some interest in the direction of those who’d not considered the Arts Festival before. Ska, for instance, (you know me, fancy picking on this one first!) with Skamouth favourites, Coventry’s (the home of Two-Tone) Barb’d Wire (1st June Corn Exchange) who boast legendary and original rude boy himself, Trevor Evans, combined with local songwriter/singer Lloyd Mcgrath. This is certain to raise a few eyebrows; perfect for the 40th anniversary of Two-Tone.

You can zip your soul boots too, for seventies pioneers in funk, The Real Thing are confirmed, (8th June. Corn Exchange.) Known for legendary hits “You to Me Are Everything” and “Can’t Get by Without You,” Devizes is sure to feel the force!

Wiltshire’s own Nick Harper is at The Exchange, 13th June, contemporary Congolese and Cuban music 15th June at the Corn Exchange with Grupo Lokito, and experimental prog-rock with CIRCU5 (16th June. Cellar Bar.)

The brilliant radio, television and stage comedian Ed Byrne (12th June. Corn Exchange) was the other to immediately catch my eye. Joined by special guests, David Haddingham and Sindhu Vee, this one promises to “have you rolling in the aisles.” With sold-out runs at the Edinburgh Fringe, and the West End, it reminded me of a conversation I had with some organisers last year, about how they travel to Edinburgh to source acts for the Arts Festival. This dedication has paid off, it seems, and we’re set for an explosively good year.

I asked Phillipa if this stigma was something the committee addressed, as it certainly is a line-up of variety. “Classical music is still there but we’ve tried to broaden the appeal. I think we’ve just moved in that direction as a result of an awareness that the requirement is changing and we’re trying to be more inclusive.”

So, what else is up for grabs this year? Children’s author Clive Mantle will be entertaining youngsters with illustrated readings from his time-travelling, Himalayan adventure and talking about his writing and his own travels in Nepal (1st June. Devizes Town Hall 2:30pm.) Although familiar as an actor to audiences of Holby, Vicar of Dibley and Game of Thrones, Clive Mantle is also now a successful children’s author: his first book “The Treasure at the Top of the World” was short-listed for the People’s Book Award and a second book in the series is due out in June. This is suitable for eight-year-olds and above. 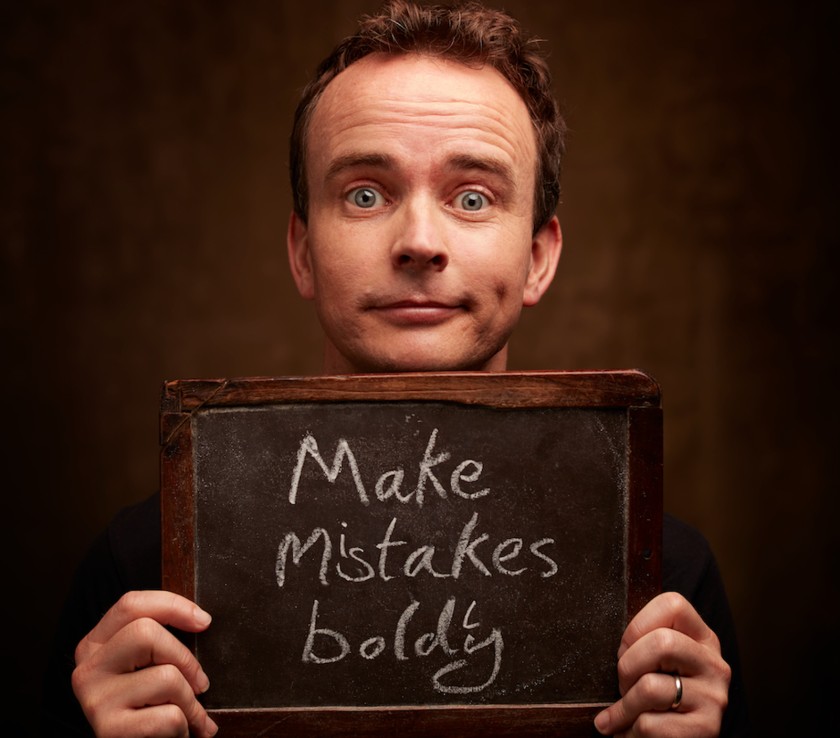 2nd June at The Bear Hotel Ballroom, there’s a quirky, funny and poignant award-winning solo show about Nick Drake; a celebration of music, photography, life, coincidences and the legacy of one of the most influential singers/song-writers of the last fifty years.

Competitive improv as you’ve never seen it, The Shakespeare Smackdown (4th June. The Exchange,) is from the creators of Olivier Award-winning “Showstopper! The Improvised Musical.” Britain’s favourite celebrity organic gardener and Gardeners’ Question Time star panellist, Bob Flowerdew has An Audience with on the 5th June at Devizes Town Hall.

From Atila singing the Nat King Cole Story (6th June. Town Hall) to the dark comic and eclectic music of Moscow Drug Club (7th June Corn Exchange) and from An Audience with grand dame of English literature, Fay Weldon (8th June. Bear Hotel) to Elspeth Beard, the first British woman to motorcycle around the world (8th June. Bear Hotel) no one can deny the quality and variety is extraordinary this year. Talks on Sci-Fi influences on evolutionary linguistics, a homage of renditions of Eric and Ernie, author Clare Mulley’s on her third book, “The Women Who Flew for Hitler”, open mic poetry session with Josephine Corcoran, in fact there’s too much here to list in one article, my wordcount exploding and I fear you’ll be bedazzled by it all.

So why don’t we regroup tomorrow, when we’ll highlight, in particular, the free fringe events? Phillipa, in charge of the fringe events, notes surprisingly, that although “the fringe events are subsided, for some reason they don’t seem to attract that many people, compared with ticketed recent events such as Rick Wakeman at £45, which sold out.” I think this is down to the aforementioned stigma, and here at Devizine I’m dedicated to prove it wrong. So, same time tomorrow then? 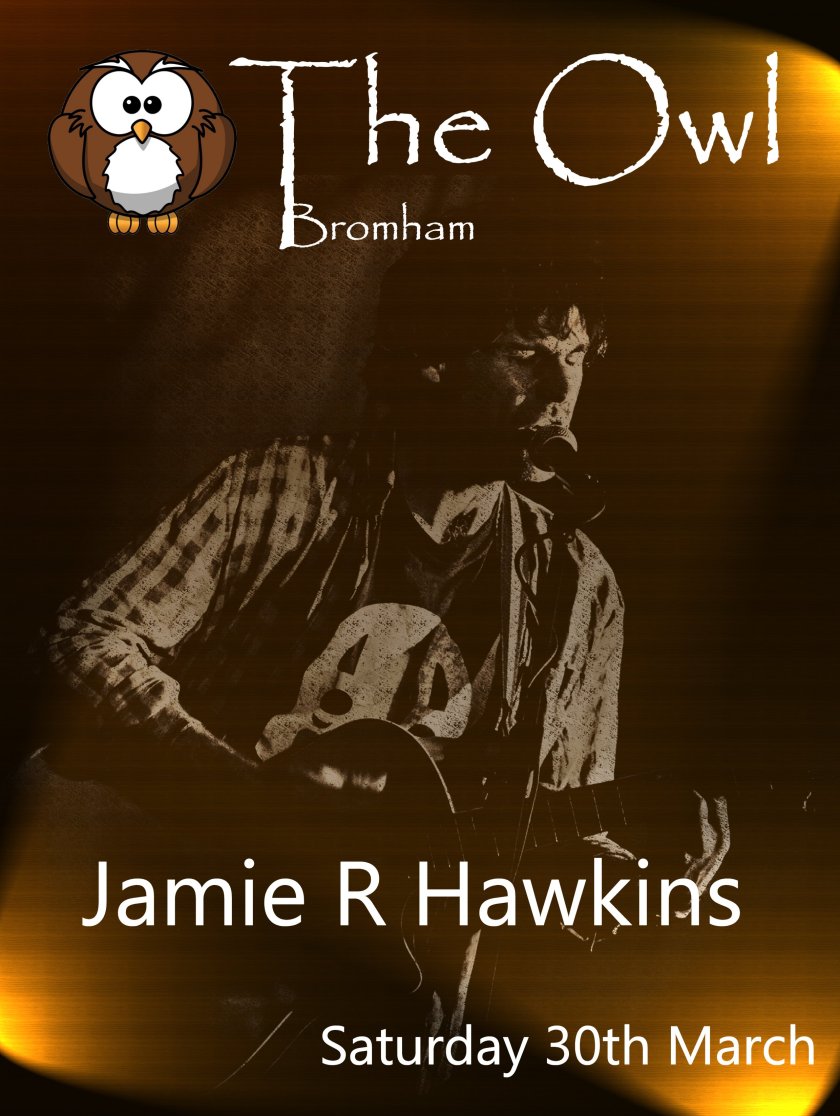 One thought on “Feeling the Force of The Devizes Arts Festival” 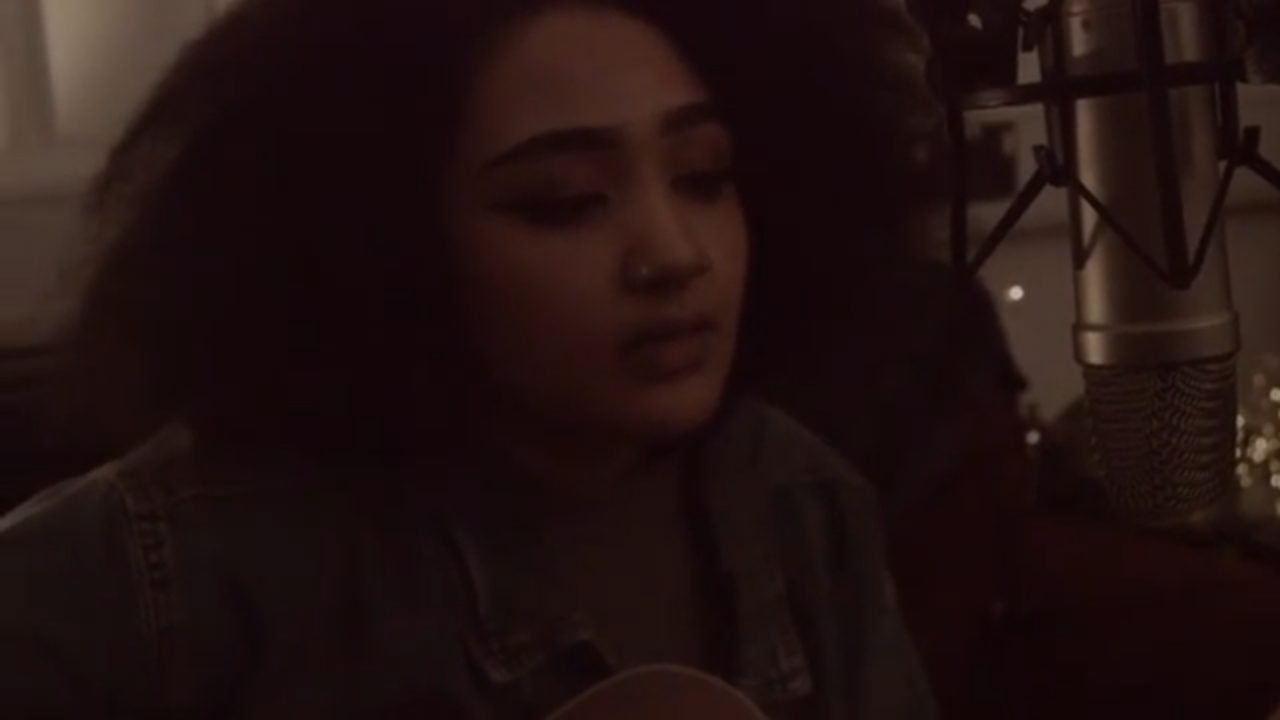 Song of the Day 2: The Big Ship Alliance and Johnny2Bad, featuring Robbie Levi and Stones

Song of the Day 1: Atari Pilot 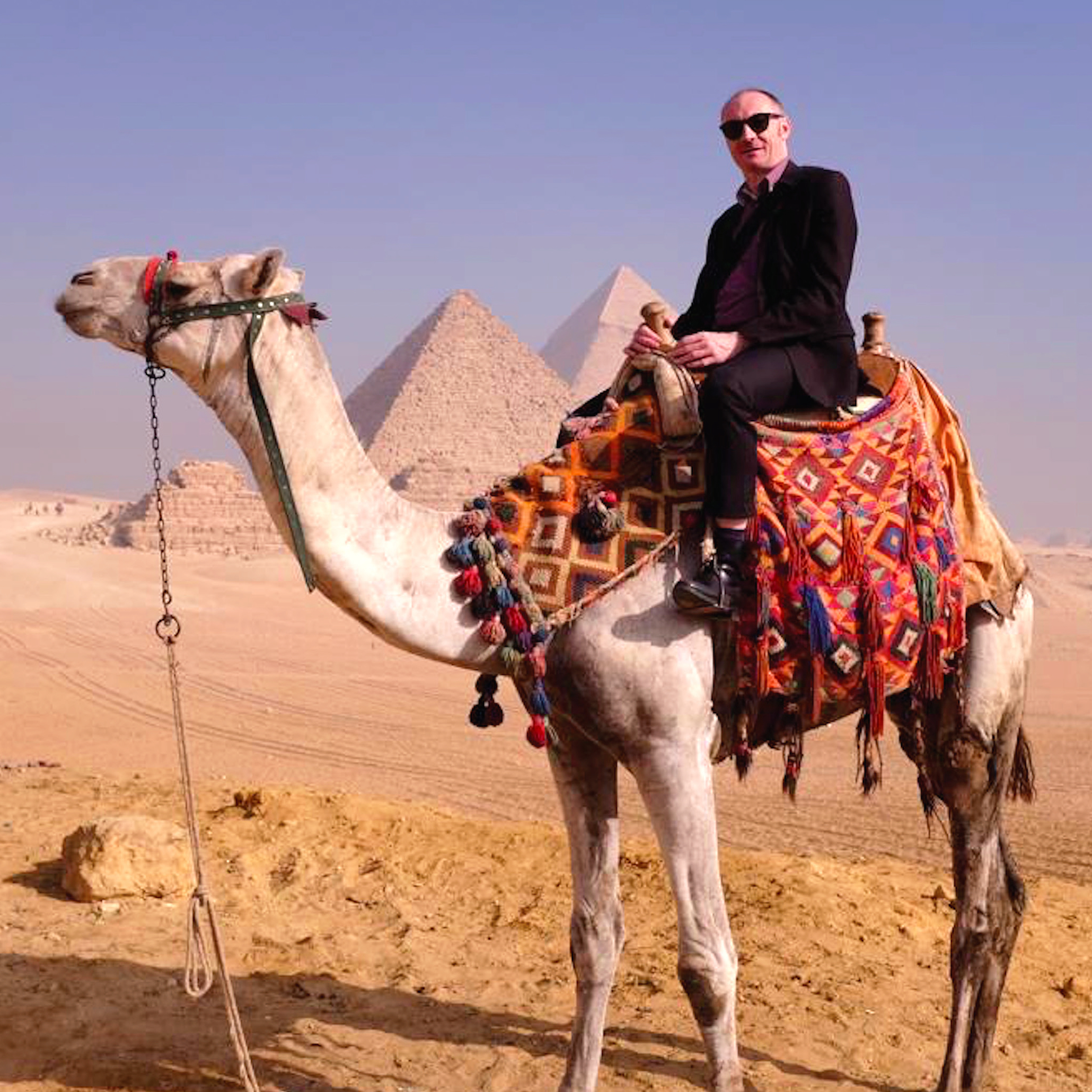 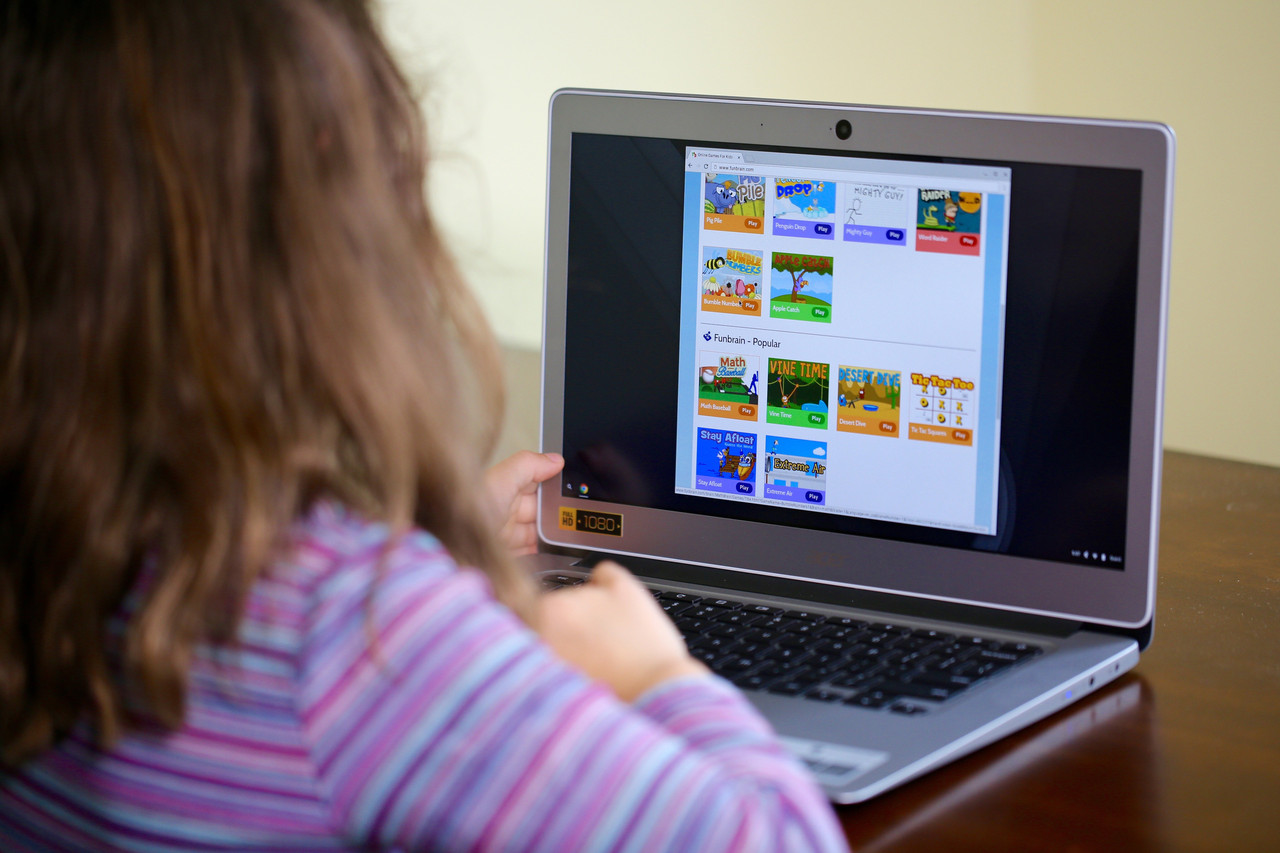