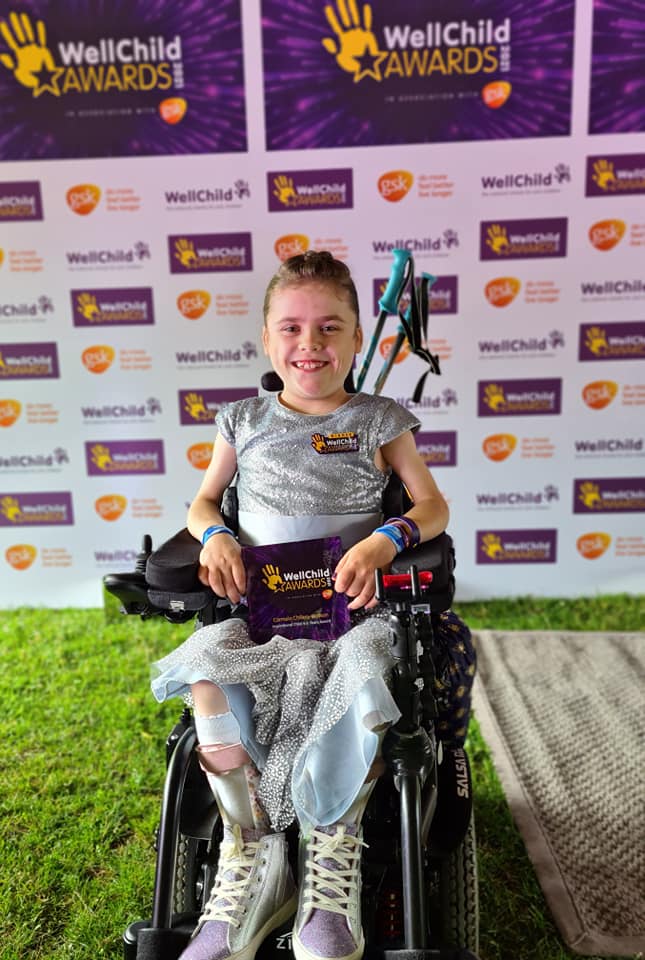 First thing I’ve got to do this week is to congratulate Carmela Chillery-Watson, our seven-year-old local heroine, for being chosen by WellChild, the national charity for sick children as their inspirational child in her age category. The celebration finale came last week, with a ceremony in which Harry Duke of Sussex presented her the award, amidst a star-studded audience.

I couldn’t agree more with WellChild’s excellent choice, being personally inspired by Carmela. It’s been a little less than two years ago when Carmela’s mum Lucy sent a fundraising poster for me to share on Devizine, and after talking to her about her daughter’s rare form of muscular dystrophy I thought, you know what, I could do more than this to help. And yes, it ended in a warm August morning, delivering milk, as is my “real” job, dressed in my Spiderman onesie!

Lucy had suggested Carmela prefers Wonder Woman as a superhero, but the practicalities, not forgoing the visual impact of me in blue star-studded hot pants might be pushing it too far! So, Carmela joined me for a short stint, to deliver the bottles, dressed as Wonder Woman, and we raised approximately £1,500 for some specialist equipment to make her life somewhat easier.

The apt association with Wonder Woman stuck for Carmela, who’s various fundraising efforts caught the attention of Wonder Woman actress Gal Gadot last year, and she kindly donated over £3,000. Inspired by the superhero, Carmela took on 300km in 30 days dressed as her hero, but it really did take it out of her with. There were days spent in pain and suffering with vertigo sickness, due to her spine curvatures and strain on her weak muscles.

A similar gauntlet is laid this year, the aim being a united 1,500 miles, the total it takes from Wiltshire to where they filmed Wonder Woman in Southern Italy. Commencing on the 1st September, the family hope to do it with the help of teams, raising money towards the medical research, in hope of giving effected children hope of a future or even just a treatment to slow the progression down. More information here.

And progress on a cure, or at least slowing the process down has recently had a breakthrough. INews Science & Environment Correspondent, Tom Bawden reported; “a cure for muscular dystrophy is on the horizon after gene editing experiments in mice completely eradicated the disease. Although far more research is needed to test the technique in humans the researchers are hopeful the process could one day be used in the NHS,” just last week.

Therefore, it’s been long overdue to catch up with the Chillery-Watson family, to congratulate them for the award, find out if the breakthrough treatment applies to Carmela’s rare strain of the disease, but mostly, to get the gossip on the celebrities she’s been meeting, making her something of a celeb now herself!

“I don’t think I ever met a celebrity until Carmela came along,” Lucy replied to my verbal probing about the renowned faces I see her pictured with. I suggested pictures posted on Carmela’s Facebook Page with Harry, she seemed to have her husband Darren pushed aside while displaying a flirty-face in his presence! “I’ve always got a flirty-face on!” she laughed, “we’ve met Harry once before, and he really is a great guy to chat to. He’s been patron of this sick child’s charity since 2007. He’s very passionate about it, I think because he gets it from his mum. Carmela was telling him her rude jokes!” she giggled.

I pointed out that Carmela has got so used to being in the spotlight. “She’s so blasé about it!” Lucy said, “it’s my fault because we wanted to get awareness out there, and it’s helped her confidence. She has gone through stages of low self-esteem, particularly now as she comes to terms with what her limitations are. So doing things like this makes her feel a little bit important. It boosts her self-esteem.”

Amanda Holden was one of Carmela’s chosen celebs to have turned up. “What a great chick she is,” Lucy responded, “so, so, one of us; she doesn’t mince her words, and made us feel at ease.” One I do know, Rolling Stone’s Ronnie Wood was there, she told me, but another was one my age made me ask my daughter for her identity, revealed to be pop star Anne-Marie, who sang live at the ceremony. Lucy praised her voice, but moved onto Ed Sheeran, claiming he was shy.

“Throughout lockdown,” we moved onto, “she did loads because she had to. With muscular dystrophy you can’t sit down all the time, because you get joint contractions, you get tight muscles and it’s irreversible, you have to keep that balance, and that’s very difficult.”

The gene therapy advances I wanted to mention. “The one we’re hopeful with is LCMD Research Foundation.” A family in the USA with the same condition to Carmela, but more severe. “They found some researchers in Spain willing to take on the gene therapy project specific for Carmela’s type, if they raise two million,” Lucy explained, stating they’ve already raised half in just six months. Lucy was unsure what strain the INews Science & Environment Correspondent reported on was specifically for, “but is also promising news.”

Somewhere in the conversation I doubted she would even remember me, the mere mortal milkman, now she’s rubbing shoulders with all these icons and celebs. But in the perfect finale to our chinwag, Carmela broke her bedtime procedure to disrupt the sombre and mature themes we were discussing, and bounded in to say hello. I confess, this part melted my heart, it’s been so long through lockdown since I’ve seen her, and was delighted to note, she knew me and remembered our shared work-shift almost two years ago.

“Well,” Carmela added, “you could always come to the WellChild as our guest.” Lucy laughed; she’s invited a number of guests already. Well, every celeb needs their entourage.

But I did finish on my surprise she recalled me, being she’d met all these “important people, when all I’ve been doing is putting milk bottles down.” Carmela replied, while dancing, “it’s very important for you to put the milk bottles down.” And it’s responses like that which makes her such a special person, and her zest for life is truly inspiring for all ages; the very motive, I might plug, for me to channel efforts into this compilation album for Julia’s House, who I might add, provide support to Carmela with regular home visits.

You can listen to, and buy the album here, thanks.

I’m guilty, I admit, I think many of us are, driven by a hurtling civilisation, an archaic method of consumer comfort, but 38.5 million plastic … END_OF_DOCUMENT_TOKEN_TO_BE_REPLACED

Entertainment events in the county blossoming out of lockdown came to a pinnacle this weekend. We were spoiled for choice, and without cloning technology the … END_OF_DOCUMENT_TOKEN_TO_BE_REPLACED

Fantastic and spooky image of St Johns, Devizes, used with permission from Simon Folkard Photography I say everyone, but it’s the inbetweenies always at a … END_OF_DOCUMENT_TOKEN_TO_BE_REPLACED

Well, what can I say? They might lose a couple of brownie points for the singer continuously referring to me as “Barry,” but Somerset-Hampshire psych-folk … END_OF_DOCUMENT_TOKEN_TO_BE_REPLACED

Fooled by my own fool proof system must make me more of a fool than I give myself credit for. It’s an elderly memory malfunction … END_OF_DOCUMENT_TOKEN_TO_BE_REPLACED

Driving my inner-goth, I’m comfortable with this, because London-based Freya Beer’s voice is hauntingly alluring, similar to Nina Persson of The Cardigans, or more obviously, … END_OF_DOCUMENT_TOKEN_TO_BE_REPLACED

And there we have it, our competition to win two tickets to Gary Delaney at the Corn Exchange has come to closing date for entries; … END_OF_DOCUMENT_TOKEN_TO_BE_REPLACED

23 years of wrestling, is a lot of wrestling, I’ve got to wonder if I’d manage 23 seconds in the ring. Because if you know … END_OF_DOCUMENT_TOKEN_TO_BE_REPLACED 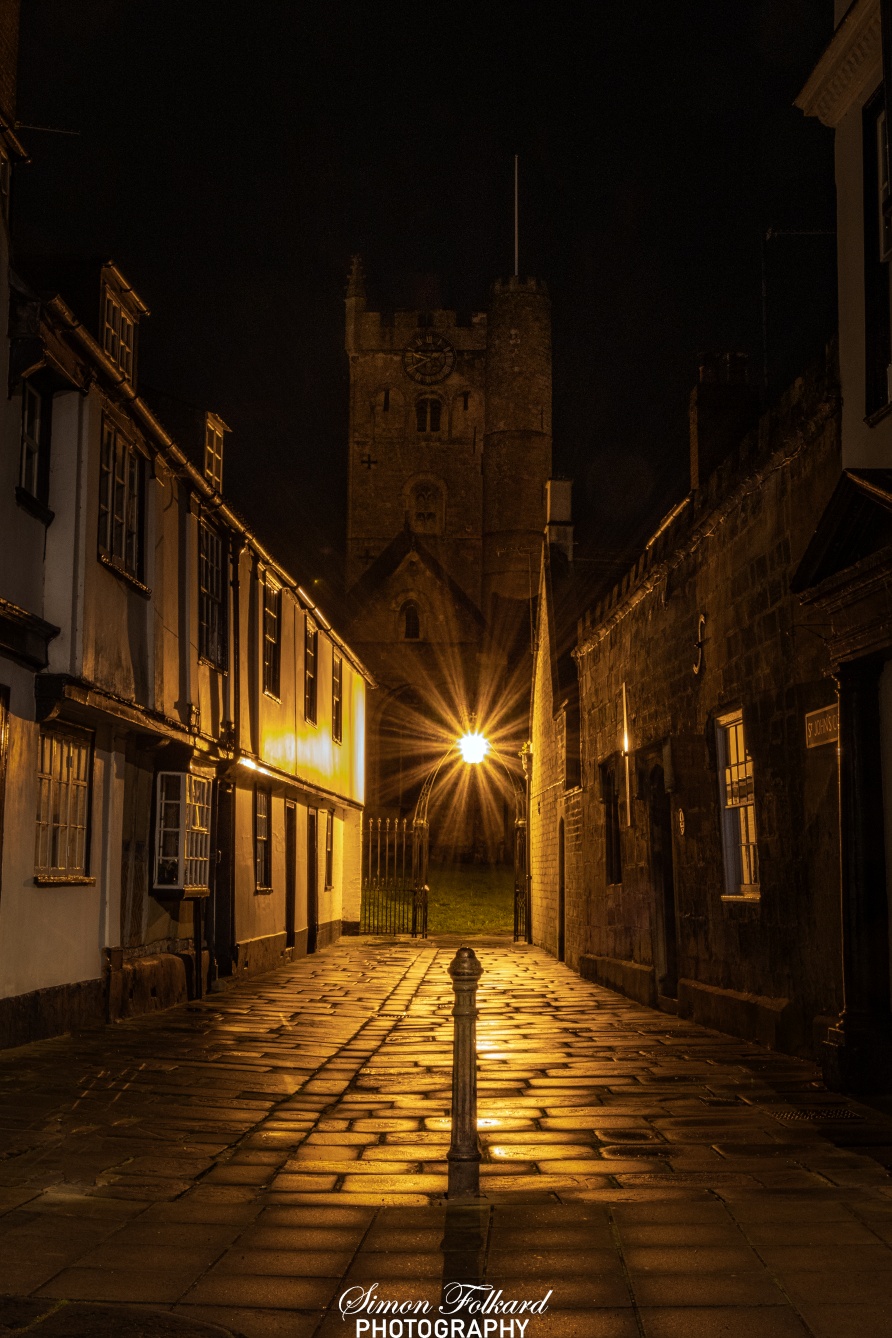 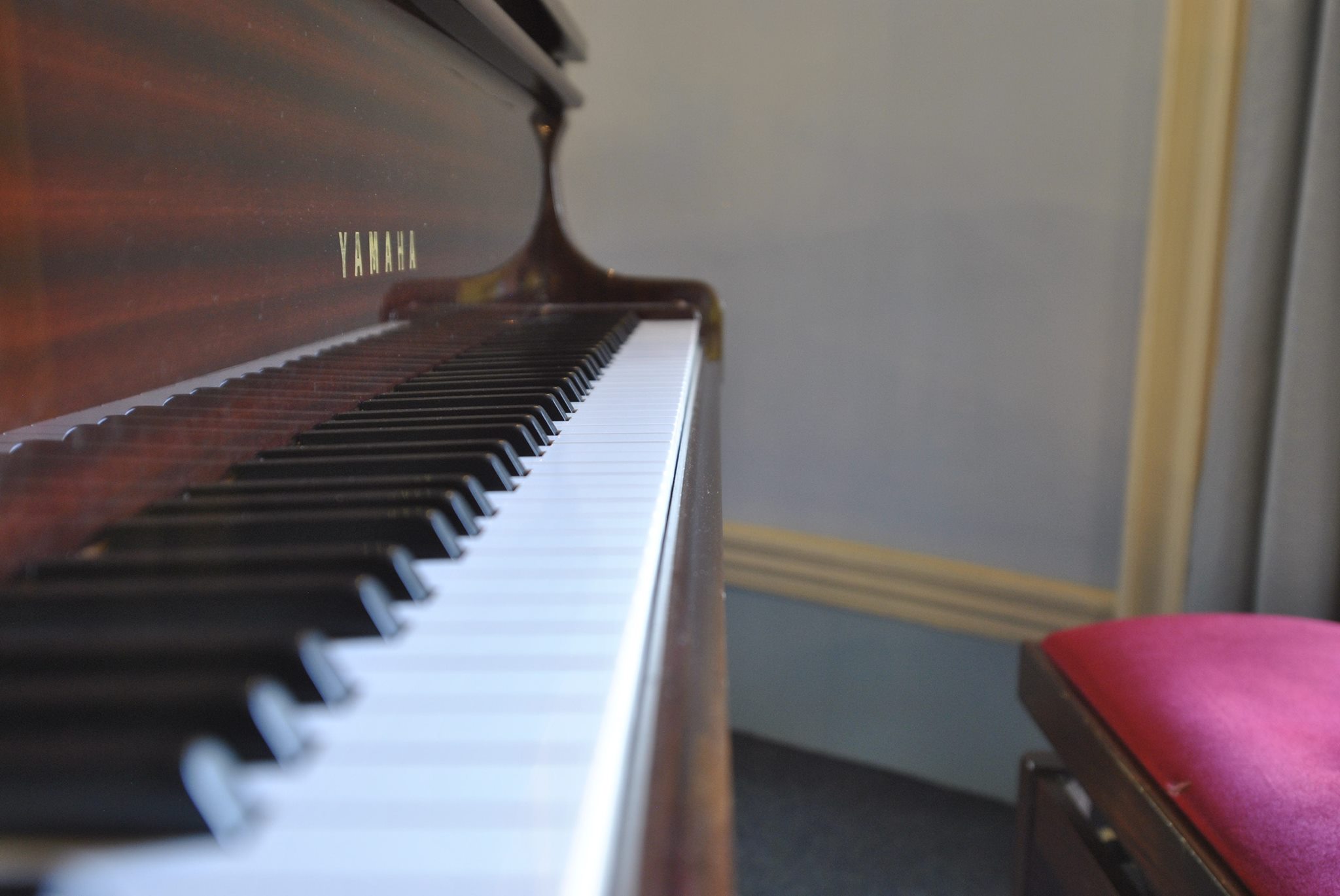 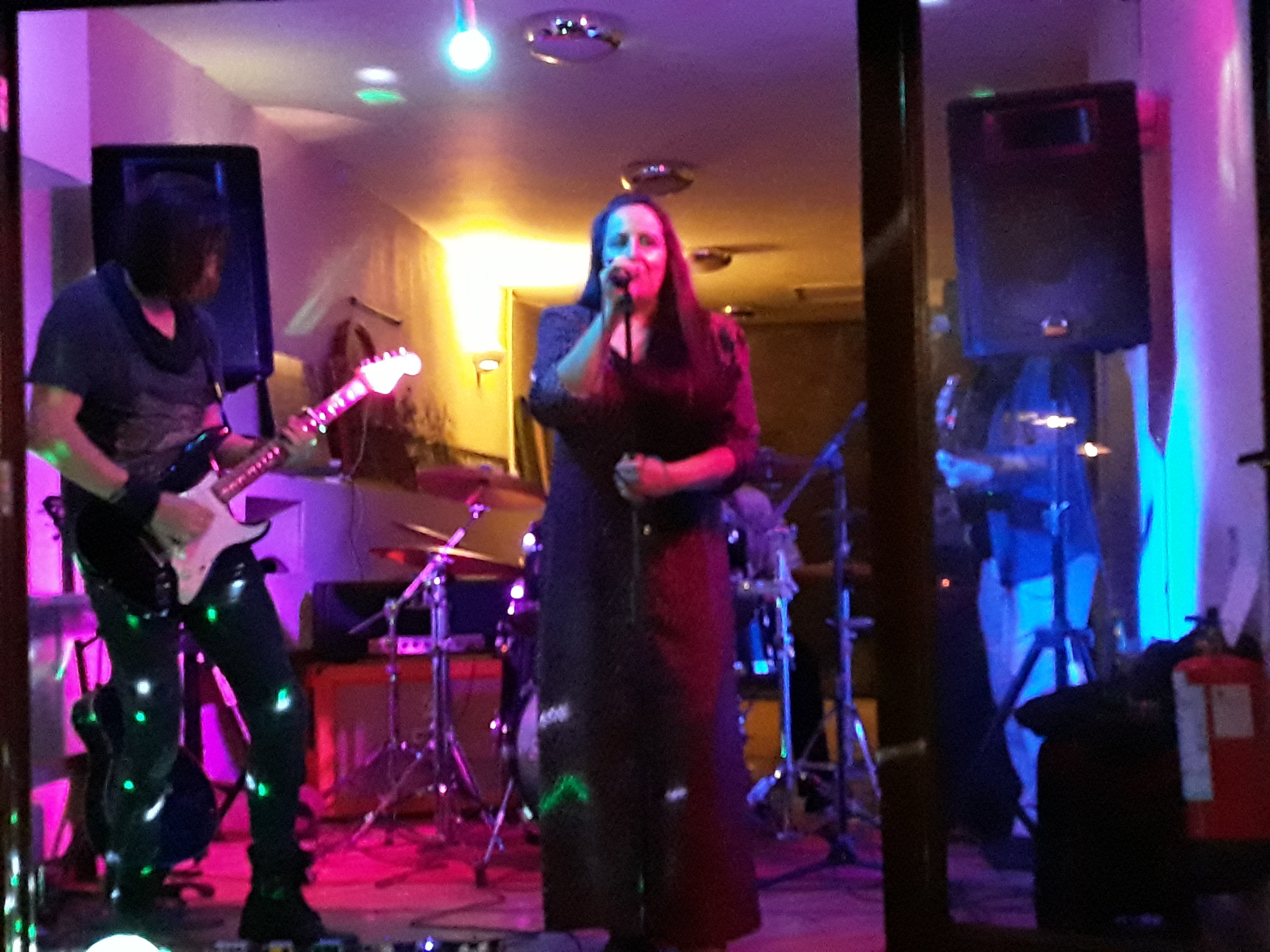