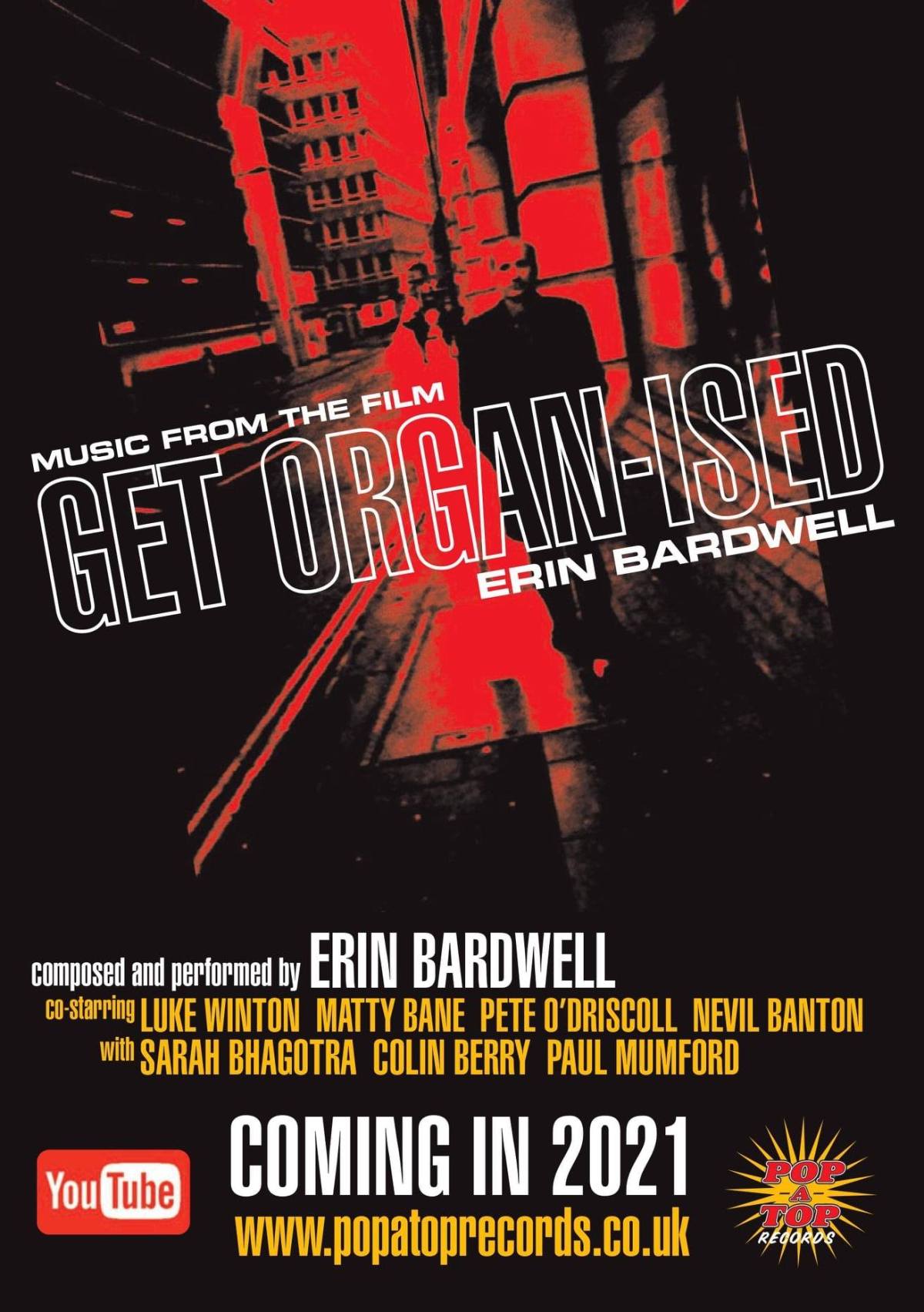 A new album released yesterday from Swindon’s premier reggae keyboardist and producer Erin Bardwell made me contemplate a section of Henri Charrière’s book Papillon. The autobiographical account of a fellow no prison or penal colony can seem to keep incarcerated. There’s a point where Papillon deliberately causes a disturbance in order to be put in solitary confinement. He claims he prefers it to the regular cells, because away from the other inmates, alone in pitch darkness he can reimagine, practically hallucinate and relive his better days.

For the concept of the album and accompanying film Get Organised is largely reminiscing and reflecting on his past. Possibly, I suspect, due to age becoming, the fact this marks a thirtieth anniversary of the formation of his heyday two-tone band, The Skanxters, but largely due to lockdown.

Myself, lockdown has been parttime. I’ve worked throughout, galivanting through the villages, meeting early morning risers, and it’s all been much the same as it ever was, just cannot nip t’ pub, or see family living out of the area. Which is frustrating at times, but I accept it’s not as bad as those shielding and self-isolating; that would’ve driven me insane my now. It’s common in isolation to consider one’s life and recollect, but Erin does it over a reggae beat; and I approve!

We’ve been here before; this is not Erin’s first reflection of lockdown. Pre-pandemic he directed a collective who were pushing new boundaries in rock steady. But April last year saw the solo release of Interval, a deeply personal reflection and mind-blowingly cavernous concept album, diving into the psyche and exploring past events; scarce formula for reggae.

Yet Erin’s style is such; relished in unconformity, individualism and freethinking, factors which make it so utterly unique it’s hard to compare. It’s this standout signature which Erin stamps on all projects, be them solo, as the Collective, or side projects such as the experimental dub of Subject A with Dean Sartain, or The Man on the Bridge project with ex-Hotknives Dave Clifton, which defines the very sound of reggae in Swindon and puts it on the skanking map. If there was a skanking map, which I wish there was!

Whereas Interval’s morose mood merged styles through experimentation, some often out of the confines of reggae, be they jazz, ambient and space rock, Get Organised will wash better with the matured skinheads, scooterists and Two-Tone aficionados, for it sits with more golden era reggae, particularly of the sixties Trojan “boss” reggae epoch. They tend to know what they like, and favour tradition over risky and radical progressions.

In this notion too it’s sprightlier and more optimistic than Interval, a result of vaccinations and this “roadmap” out of lockdown, perhaps; The Erin Bardwell Trio booked for a gig at Swindon’s Victoria on 1st July. Though at times there’s still the thoughtful prose Erin is fashioned for, reflecting the effect of lockdown. The lyrics of Eight O’clock, for example, which notes despite the usually lively nightlife at this time, the town is quiet.

They’re all sublimely crafted pieces, the title track’s mellow riff nods to Lee Scratch Perry’s middling Upsetters period with something akin to a tune like Dollar in the Teeth. And in that, we have to consider the great producers of rockers reggae for comparisons, rather than the artists. Aforementioned Perry, but of Niney the Observer, of Harry J too, and Get Organised subtly delves into dub, so I guess King Tubby also. Yet the opening tune reminded me of the earlier, legendary producer Duke Reid.

Erin has the proficiency to cherry-pick elements from reggae’s rich history, effectively merge them and retain this said signature style. The Savoy Ballroom has the expertise keys of Jackie Mittoo, with the vaudeville toytown sound of Madness. That said has opened another Pandora’s box, as Two-Tone also has a significant influence on Get Organised, naturally. The grand finale We Put on that Show is reflective of the era, along the lines of the steady plod of Do Nothing rather than the frenzied ska of Little Bitch, if we’re going to make a Specials contrast, which I think is apt.

Equally, you’re going to love this if, like me, you cite the debut album Signing Off, as UB40’s magnum opus rather than their following pop covers, or just if you’re looking for something different from the norm.

These recollections are visualised in a half-hour video, making it more poignant. It’s a scrapbook film, with homemade clips of The Skanxters setting up or driving to a gig, footage I’d expect to have been largely unseen until now. There’s also a montage of memoirs chronicling Erin’s career, as the camera pans across gig posters, bus tickets, vinyl and press cuttings. Though far from documentary, the sound plays out the album, the material an aid to the songs, and a fascinating art project to accompany it.

“A second solo album wasn’t really part of the plan,” Erin explains, “but with the current climate as it is, I still found myself coming up with music and songs. These tunes started following a theme, that led to a film idea, and the sounds and visuals grew together influencing each other.”

The point in the early nineties, when the Skanxters were the pride of Swindon’s two-tone scene is captured well, and while those on the circuit, or even living locally then, will love recognising the many memoirs, anyone into the scene at the time will thoroughly enjoy this outing. Overall, though, Erin continues to break boundaries, and this album is a blessing and pleasure to listen to, alone from its narrative and meaning, as all good reggae should.

Bath’s young indie-pop favourites, Longcoats has a forthcoming belter of a single, with a generous slice of retrospection; you may admire them again today. As … END_OF_DOCUMENT_TOKEN_TO_BE_REPLACED

Again, we find ourselves in the most unsuspecting part of the world to find the perfect reggae sound, Switzerland. Fruits Records release Winds of Matterhorn … END_OF_DOCUMENT_TOKEN_TO_BE_REPLACED

The Case of the Pam-Dimensional Pothole Chapter Four: in which our heroes awake in unusual circumstances. Recap: Can you stop asking me for a recap, … END_OF_DOCUMENT_TOKEN_TO_BE_REPLACED

With the green light given for the A303 tunnel at Stonehenge, the lockdown restrictions at winter solstice and EH’s solstice parking fee demands, it’s understandable … END_OF_DOCUMENT_TOKEN_TO_BE_REPLACED

Here’s a thing, did you know the Michael and Janet Jackson duet “Scream,” is cited as the world’s most expensive music video, totaling a cost … END_OF_DOCUMENT_TOKEN_TO_BE_REPLACED

It has been some time since we’ve covered the disgraceful fiasco at Rowde’s Furlong Close, where residents with learning disabilities face closure of the HFT … END_OF_DOCUMENT_TOKEN_TO_BE_REPLACED

Chapter Three: in which our intrepid heroes arrive in Davizes, stop for refreshments and move onwards to face the mighty potholes of the A342. Recap: … END_OF_DOCUMENT_TOKEN_TO_BE_REPLACED

I once reviewed a cassette with a photocopied punk-paste zine style picture of Mr Blobby as the cover, where a distraught male voice screeched, “take … END_OF_DOCUMENT_TOKEN_TO_BE_REPLACED

Yes, you read it right, it’s been confirmed in a Devizes Town Council Zoom meeting this week, permission has been granted after decades of rejections, … END_OF_DOCUMENT_TOKEN_TO_BE_REPLACED

It’s not just me, is it? Eighteen seconds into the Cult’s She Sells Sanctuary, you know, when it breaks, and you’re like, that’s it, right … END_OF_DOCUMENT_TOKEN_TO_BE_REPLACED

One thought on “Erin Bardwell Gets Organised” 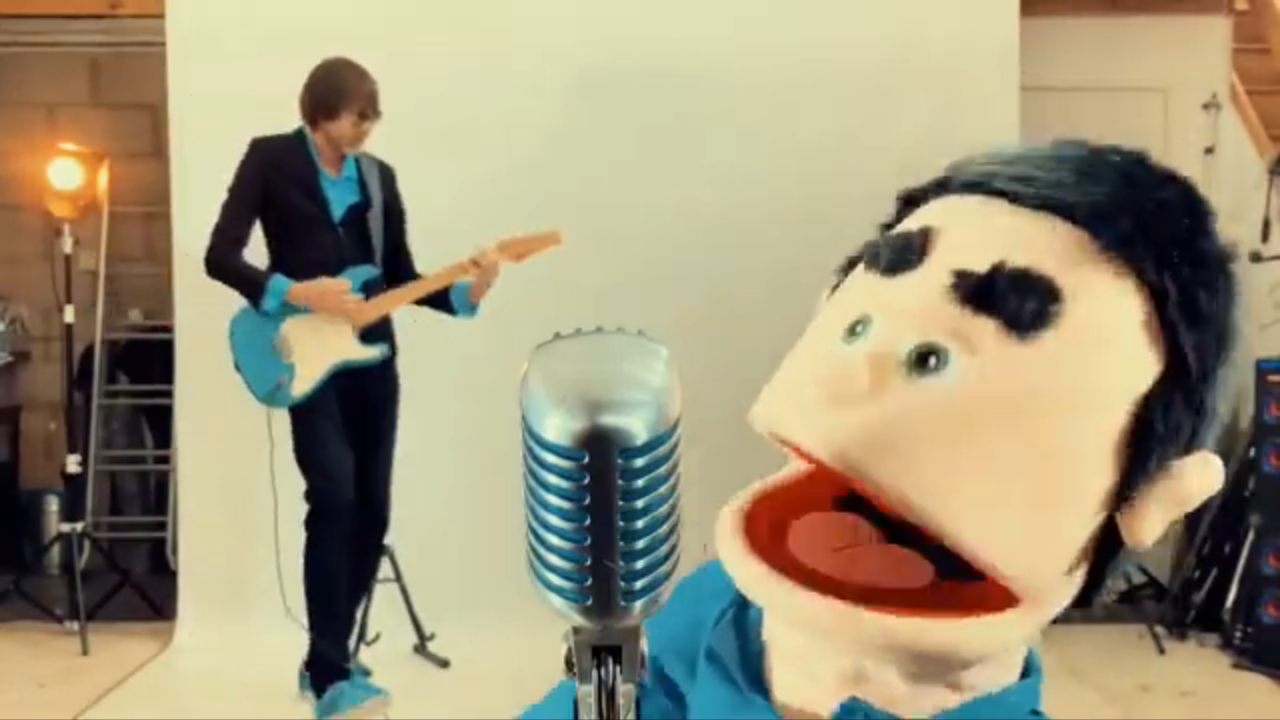