My thought for the day, as I’ve permission to republish an article by the Hunts Sabs Association, suggesting with relevant and shocking examples, Wiltshire Police are lacking in pursuing these rural crimes.

I will direct your attention to the piece, but figure I’d attempt my own spin, else what’s the point in owning a blog in the first place?! So, I’m desperately trying to see the other side of the coin, to avoid accusations of bias. But every time forced to the opinion fox hunting and other blood sports is gratuitously barbaric, trail hunting, for many, is a smokescreen, and our police are clearly not proactive on the issue……

We trashed our common room in art college despite warnings they’d close it, and eventually they did. My bitterness toward the decision was driven by naïve self-centred arrogance of delinquency, but there came a point of feeling guilt that future students wouldn’t benefit from the facility due to our incompetence; reactionary anarchist I once was!

I ponder this “few ruined it for a rest” lesson as I browse hunting social media groups and pages. To momentarily steer against the hunt sabs, or FWGs, as is the favoured term we’ll use hereafter, an abbreviation of Frontline Wildlife Guardians, these glossy and glorious shows of countryside pursuits are embellished with glamorous images, (as our featured image of the Tedworth Hunt,) promoting family, fundraising events, that while a world apart from my own lifestyle, the legality and moral obligation of it is not entirely inconceivable, and the thought it’s not all just a charade hiding a cruel blood sport is a possibility, for some hunts.

Though as FWGs collate irrefutable evidence some hunts are clearly ignoring the law and continuing hunting by using trial hunts as a smokescreen, and in doing so are met with violent retort, county constabularies are working with campaigners and nationally progress is gradually happening, Wiltshire Police are accused of failing by comparison. The well-publicised poor policing of the violence at Lacock on Boxing Day is clear it needs addressing, FWGs report the incident is the tip of the iceberg.

Got to rub the worry-lines of my forehead here. The article points to five ongoing investigations they’ve been reliably informed are ongoing with the Avon Vale Hunt. It states, “alongside a Hunting Act investigation, there are investigations into assaults on sabs: in January, a Bristol sab was punched in the head by an Avon Vale terrier man who had been stopped digging out a fox from a badger sett. The saboteur was knocked unconscious and spent several nights in hospital with a brain bleed, precisely the sort of serious injury that can have tragic consequences and as ironically highlighted by Avon Vale fox hunting Tory MP for North Wiltshire James Gray in the ‘One Punch Can Kill’ campaign.”

I’m glad to hear they’re investigated, but it’s hardly proactive, where are the police when these assaults occurred? Intelligence should tip them off when hunts happen, and they should be policed akin to Saturday night at a city nightclub; there’s terrible acts of violence hiding in our rural fields, and not just on wildlife. Instead, Wiltshire Hunt Sabs told the Hunts Sabs Association, “with so many criminal investigations and allegations ongoing, we would have expected at least a modicum of police suspicion that these gangsters could possibly have been killing foxes, and also aren’t opposed to throwing the odd punch – or ten – at those of us who try to stop them and just maybe they have been doing exactly this for decades. Instead, what we have faced from the police is an unleashing of bias and abuse of power as our publicly funded police service is being used to protect a violent criminal hunt to carry on breaking the law.”

“We also had several officers tell us we could remedy the situation by ‘leaving the area’ whilst simultaneously acknowledging we were there lawfully. Can you imagine them telling someone being assaulted on the high street that they should go home and leave the assailant in peace?”

Besides, eyes of suspicion are on police bias over the Lacock Boxing Day bash-a-sab fest, being one of the two officers affiliated with the hunt personally reportedly took time to chat with her pro-hunt friends and “turned her back” on the violence. The sabs claiming “she was not just an ex-rider, we are also told her own horse was at the hunt on the 27th December 2021, being ridden by a friend of hers, who – we have been told – is also the partner of the violent terrierman responsible for the brain bleed in our Bristol hunt sab.”

The public deserve to know if officers on the scene made any calls for advice or back up, Police say they cannot correspond as the incident is under investigation. Police officers swear an oath of impartiality, the PCC doesn’t and Phillip Wilkinson made full use of this on Twitter, calling out FWGs as “bullies,” suggesting he was “not impressed when I witness grownups wearing balaclavas screaming in face of children who just happen to be riding a pony,” yet doesn’t appear to be able to back this bold claim up with evidence, and why, oh why would anyone take children to a fox hunt anyway?! I’m not associated in any manner with this group of Wiltshire Hunt Sabs and they never reveal their identity to me, but his claims are vastly different from my own dealings with them, as they appear to be the pacifist campaigners one would obviously perceive them to be.

If there are hunts really following the law with fake trails and they are in control of the bloodhounds to prevent them side-tracking from the scent of passing wildlife, as they insist they are, they’re unfortunate victims akin to the future generations of art students in my common room scenario; if some can’t be trusted, and police are informed, educated and trained to investigate, or as accusations suggest, seem to bizarrely favour the illegal pro-hunters, I say pull the plug on the lot, ban trail hunts and apologies if you really trail hunt legally, but the few ruined it for the others.

I’m drawn to the Tedworth Hunt, for example, who parade an “East Kennet Fun Ride,” as a Facebook event, defining it as “3 or 8 miles of beautiful riding on the Wiltshire Countryside with optional jumps.” Not for me, but I’ve no problem with this. Yet the accompanying photo shows a fellow dressed in traditional hunt uniform loading bloodhounds onto a trailer. Why would you need dogs if you’re only horse-riding I ponder? Why does the Tedworth Hunt carry pistols if it’s only a fake trial, does a fake trail open-fire first?! And one more question I’ll relay next paragraph, as, admittedly, therein lies my lack of knowledge on the subject, perhaps there’s good reason for it, I dunno, no one tells me, but why still call these hunting-related happenings hunts at all, and why would anyone support the philosophy of butchering of wildlife by subjecting the activity to replica scenarios if they didn’t secretly wish fox hunting to return? Would it not be better to rid ourselves of the entire culture surrounding it?

The Wiltshire Hunt Sabs are the only ones who will communicate with me on the subject respectfully. This will post on social media and be met with many comments in support, and a few aggressive, hate-filled pro-hunt responses, but not one will contain any polite or reasonable counterargument, no one will invite me to view it from their angle, leading me to wonder why, if everything is tickety-boo, all dandy and legal, why they project this rage, why do they seem to hire these thugs to accost and assault members of the public for merely attempting to protect the wildlife they themselves claim to love and appreciate? Why all the hate if they’re operating legally, it doesn’t add up, unless, I conclude, they’re hiding something.

I note posts on hunting Facebook pages about how they love their hounds, but we’ve seen some shoot them dead if they underperform. If trail hunting is supposed to be this fun and harmless pursuit, it’s hardly non-competitive for the hounds they claim to adore. The point is, no matter how much I scan these glossy representations of modern hunting organisations, they suffer inane hypocrisy; why persist to support something historically barbaric and inhumane?

Because they claim they’re not fox hunting, the pre-Hunting Act excuse of culling is defunct, and the argument for trail hunts seems to rest on this baffling “traditional values” defence. For this I’d like to point out Victorian coalmines employed children to sit in dark passageways for twelve-hour shifts, their only glimmer of light being when the cart pulled into their section and they tugged it along to the next. Yet to suggest we send children down mines, that they don’t actually have to work down there, just sit there in the dark because it’s “tradition” would be ludicrous, but not unlike this concept of trail hunting.

Yet, as observed by our Cobra Kai, PCC Wilko, they love taking their kids out to butcher wildlife, apparently, which is, to be frank, twisted beyond all reason, and concludes; it’s impossible to live rurally and be impartial towards blood sports. I could label “screaming in face of children who just happen to be riding a pony,” as complete and utter codswallop for the purposes of propaganda but that would imply the law are defending the unlawful, which cannot be true; who’s zooming who? Who knows what to think anymore? Other than perpetually the argument never settles, so obvious answer is ban it completely, it no longer serves a purpose, only causes friction.

Get a new hobby, preferably one unsupportive of murder!

Jeepers. No one works that hard on a Sunday, surely? Even if your boss shoves a Sunday shift unwillingly on you, you brush as much as you can under the carpet; anything which can wait until Monday, should do. I’ve mentioned it in passing, but not given Jon Amor’s monthly residency at the Southgate full … END_OF_DOCUMENT_TOKEN_TO_BE_REPLACED

Once a cover band, east Wiltshire’s rootsy four-piece Hooch have moved to writing and recording original material. Their discography goes onto music streaming sites today (Sunday 3rd July,) and if you like your country-rock breezy and uplifting, with a subtle touch of psychedelia and surf, then it’s worthy of your attention….. The instrumental Eagle Ray … END_OF_DOCUMENT_TOKEN_TO_BE_REPLACED

Full Tone Festival August Bank Holiday then, penny for your thoughts on that one…… Five irritating wannabes handpicked for their conflicting personalities vote on each other’s dinner parties while a poor man’s Harry Hill narrator insults them in a heavily edited sham of a television show. Yet, despite this perpetual cycle of formulated garbage, Come … END_OF_DOCUMENT_TOKEN_TO_BE_REPLACED 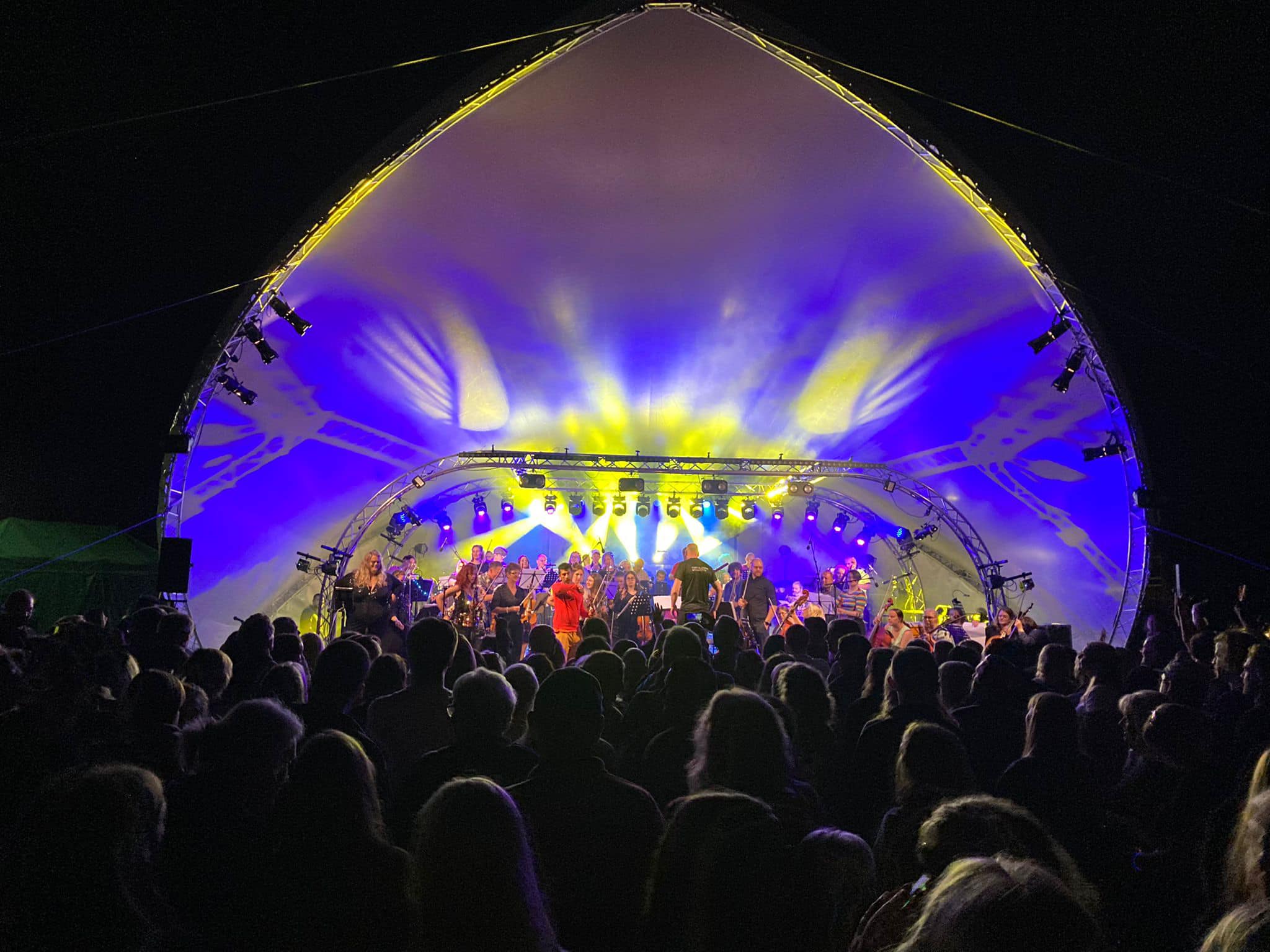 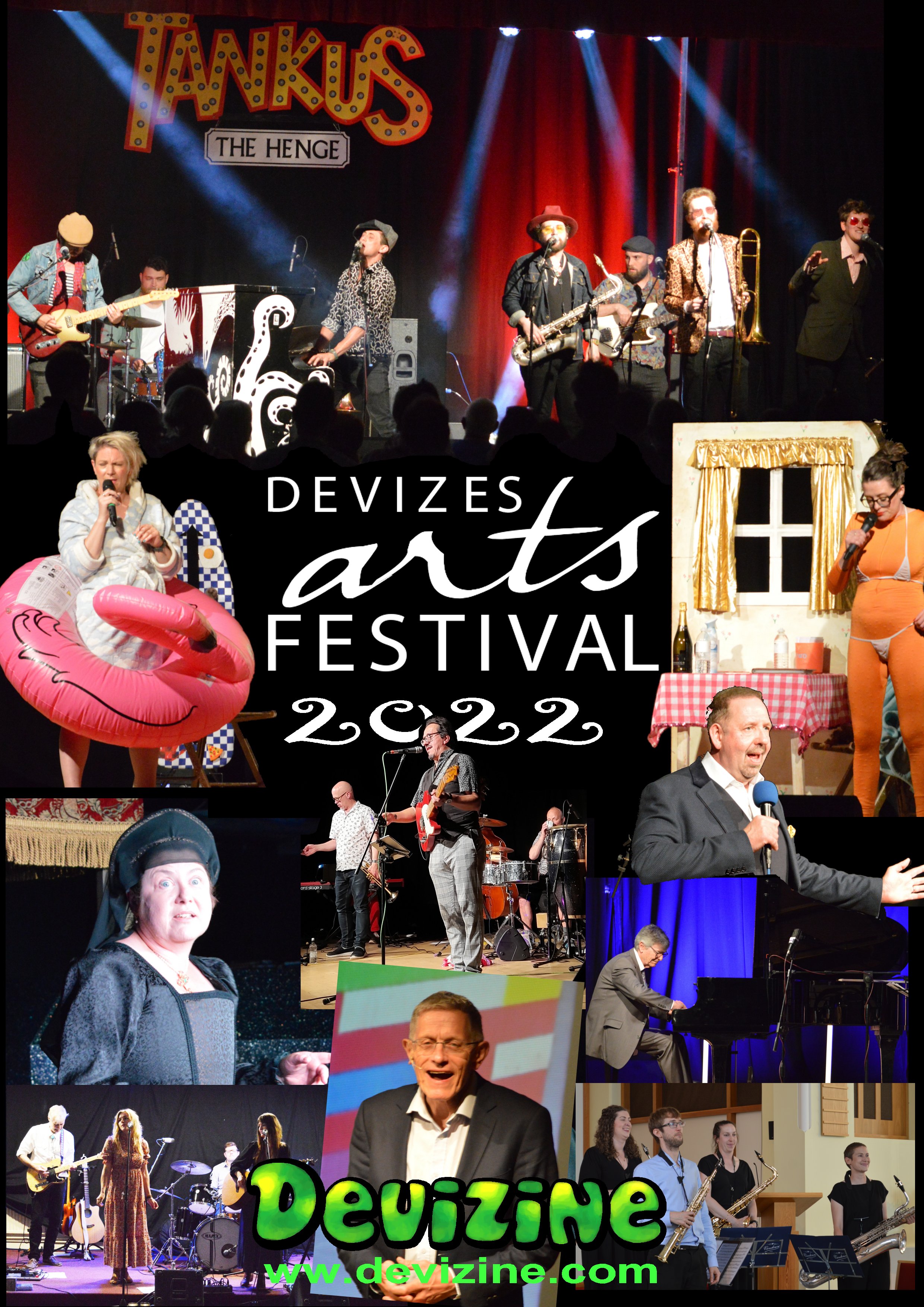