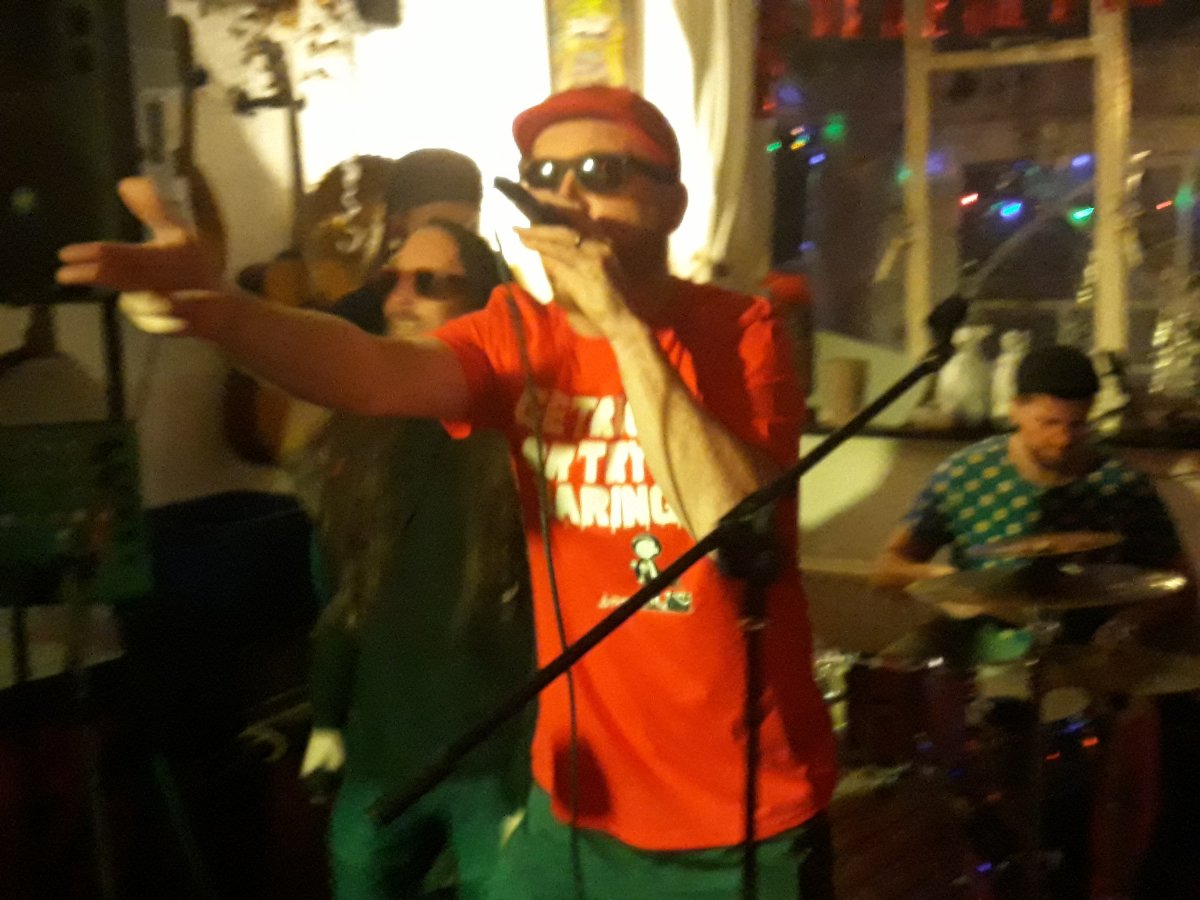 Not as greater deal of options for entertainment as recent weekends gone, I still had a double-booked dilemma. As much as nipping to the Sham for Train to Skaville appealed, I can rest assured this gig would go off based on past experience. Similarly, though, whenever those crazy canal-type Boot Hill All Stars are chalked on the Southgate’s board, their unique and often comical frenzy of gypsy-folk-ska is a hoedown not to be missed, despite seeing them plenty before.

I opted for the latter, partially being anything longer than a fortnight without attending the Southgate and I get withdrawal symptoms, but more so because The Boot Hills were supported by Monkey Bizzle, who I’ve yet to witness live. Aware of this bunch of bananas too, though, after fondly reviewing their debut album Idiot Music, back in July, a fine primer to convince anyone checking them out is a must.

So, it was to be, a rare thing; a single record deck united with conventional instruments awaiting a show at the ever-dependable Southgate Inn, Devizes, and intrigue set in on how some of the, shall we use the term conventional again(?) punters would react to this. Our own reviewer, Andy looked ominously at the addition, even when Monkey Bizzle kicked proceedings off, and I wagered he was pleased to see me, knowing I’d cover anything more my cup of tea than his. To mark its greatness though, it must be said, aside from not busting into crazy legs and finishing off with a back spin, Andy reported how much he unexpectedly enjoyed it.

Though just like the Southgate, we are limited to suggest anything about both bands in this double-header are anywhere near conventional, and with corsets, props and handmade geetars from recycled produce, the Boot Hills did their own thing, in their own tried and tested way, and it’s something to behold.

But not before Monkey Bizzle set the scene alight with their outrageous brand of rib-tickling hip-hop. In many ways, despite a different pigeonhole, the two bands complement each other with west country folk background similarities; even sharing drummer, Cerys. If The Streets injected something of urban capital life into UK hip-hop witty commentary, and Goldie Looking Chain did likewise for Cardiff, Monkey Bizzle do it for the west country. Though we may’ve hinted comparable before with the utterly fantastic Corky, while this one-man band offers pastiches of hip-hop classics via an acoustic method, five-piece Monkey Bizzle subtly fuse rock, reggae and ska into original compositions, scratching and rapping over hip-hop beats.

As self-confessed when waxing lyrical, the result is “idiot music, for stupid people,” and “if you think this is stupid, then you’re a fucking idiot,” yet all presented here is tongue-in-cheek. The mocking irony of the egotistical rapper bigging himself up isn’t something entirely new-fangled, neither are pot smoking, blagging mates or akin subjects covered, but Monkey Bizzle boons the concept with an agreeably local touch, and it works so very well.

Was it enough to delight da Southgate posse, hardly being the rock steady crew and all? I believe it was, and kudos to Deborah and Dave for bringing them, something different, to town.

Yet the show was only half-baked, and despite a few sounds hitches and the missing member due to sickness, professional rebels the Boot Hills came on to do what they do best, bring the house down with this insatiable zest for energetic folk rock, as danceable as ska, as cavernous as blues and as west country fun as the Wurzels in Toy Town.

For the Boot Hills, the Xmas party continues next weekend closer to home, at Bradford-on-Avon leading pub venue, The Three Horseshoes. Meanwhile The Southgate hosts Phase Rotate next Saturday, the 18th, followed by Sunday’s unmissable Christmas party with It’s Complicated. Anything succeeding this will be stuffing Quality Street and cold turkey sandwiches.

Prince Akeem of Zamunda, that’s the bugger, least the fictional character played by Eddie Murphy in Coming to America, who walks over a shower of … END_OF_DOCUMENT_TOKEN_TO_BE_REPLACED

Safe to say, I’m reckoning, we’re now back to full velocity for live music and entertainment in Devizes post-lockdown, and once again, for a small … END_OF_DOCUMENT_TOKEN_TO_BE_REPLACED

It’s quite alright, you’ve not entered the Upside Down from Stranger Things, or another theoretical parallel universe. Station Road carpark in Devizes will be closed … END_OF_DOCUMENT_TOKEN_TO_BE_REPLACED

You’ve only got until Monday to sound your opinion on the Devizes School land sell-off, the consultation ends Monday 15th August. Go give your verbal … END_OF_DOCUMENT_TOKEN_TO_BE_REPLACED

The heat is on, as Glen Frey once said. Whatever did happen to Glen? You don’t have to answer that, we’re here to find out … END_OF_DOCUMENT_TOKEN_TO_BE_REPLACED

By Ian Diddams After eight months of being other engaged on the first Sunday of each month, with run throughs of self-authored radio plays, Rugby … END_OF_DOCUMENT_TOKEN_TO_BE_REPLACED

Steeple Ashton’s Summer Spectacular at the church paddock on Saturday 10th September promises a three-course street food feast, with an auction from Paul Martin of … END_OF_DOCUMENT_TOKEN_TO_BE_REPLACED

Being politically correct, a near-naked rotund fellow with obesity issues mopped his greasy body with a sponge, being certain to cleanse all areas by slipping … END_OF_DOCUMENT_TOKEN_TO_BE_REPLACED

What in the wonderful world of fudge cake is going on here? Aside the appalling attention to primary school grammar, have you ever read such … END_OF_DOCUMENT_TOKEN_TO_BE_REPLACED 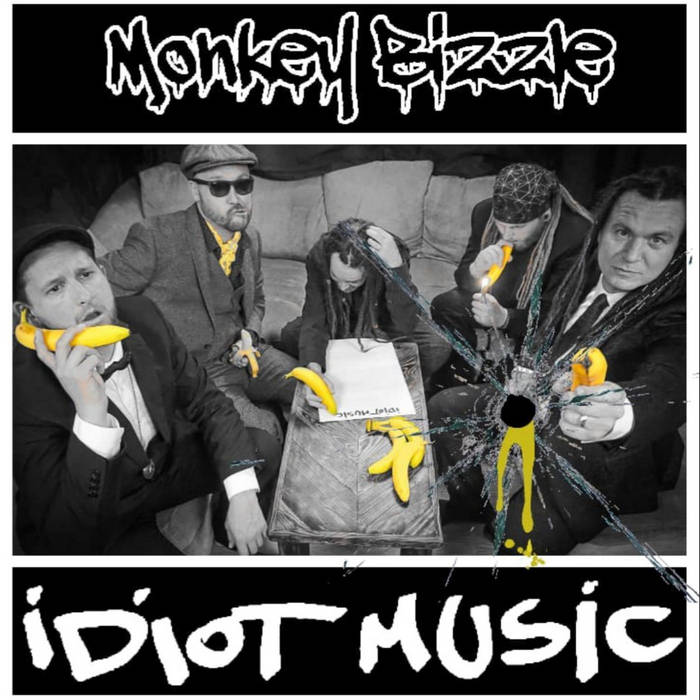 This is isn’t the favoured way to start a review, but this is idiot music for stupid people, if you think this is stupid then you’re a fucking idiot, and that’s a quote, from the opening title tack, which ends on, “oh, there it is, up my bum; can I eat it now?”

If Goldie Looking Chain is all too millennial, but hip hop, for you, should be served with massive chunks of deadpan sauce, west country tongue-in-cheek sarcasm and general silliness, Monkey Bizzle’s debut album, Idiot Music might just be the thing to pick off the menu.

Through the Pythonesque nature of Idiot Music though, wailing guitars, proficient drumming (from Cerys of the Boot Hill All Stars), and substantial dope beats means this is far from amateurish, and will rock the festival circuit. In fact, the Somerset five-piece sold out the album launch party at The Barge on Honeystreet a fortnight ago; I see why. This drips with Scrumpy & Western charm, like Gloucestershire’s Corky, Wurzels meets the Streets, the elements of “agricultural” hip hop make this apt for our local crusty scene. Yet with wider appeal, it is, simply, parental advisory fun.

Primates tend to be a running theme, a particularly danceable funky signature tune named Monkey Funk, a King Kong themed rap, another including David Attenborough samples. There are also drug references aplenty, the reggae-inspired Heavy, or Doves (Methylenedioxymethamphetamine) needs no explaining, but in it, it mocks the chav culture in such a way you may’ve thought only Goldie Looking Chain could. Something it’ll inevitably be compared to, but more so than the humour drafting this side of the Seven, what makes this so appealing is its nod of respect to hip hop rather than mocking it, is greater than that of Goldie Looking Chain, in a similar way there’s was with Beastie Boy satirists Morris Minor and the Majors, if you get as old skool as I!

One thing’s for sure, Monkey Bizzle isn’t to be taken seriously, but for the most part it’s listenable to as a hip hop album rather than pure novelty too, unique rappers Skoob and James make this so, especially as the album trickles on, both CU Next Tuesday and Ha Ha Ha being particularly entertaining, Oi Mate ripples with The Streets’, Give Me My Lighter Back but under a ska riff.

Nothing here is going to become next summer’s banging anthem on Radio One’s Big Weekender, an honour they’re clearly not bothered by or striding towards. To face facts, what you get is a full album of highly entertaining flip-flop and amusing lyrics of daring themes, wrapped by gifted musicians only playing the fools. And for which, Idiot Music has got my name all over it! 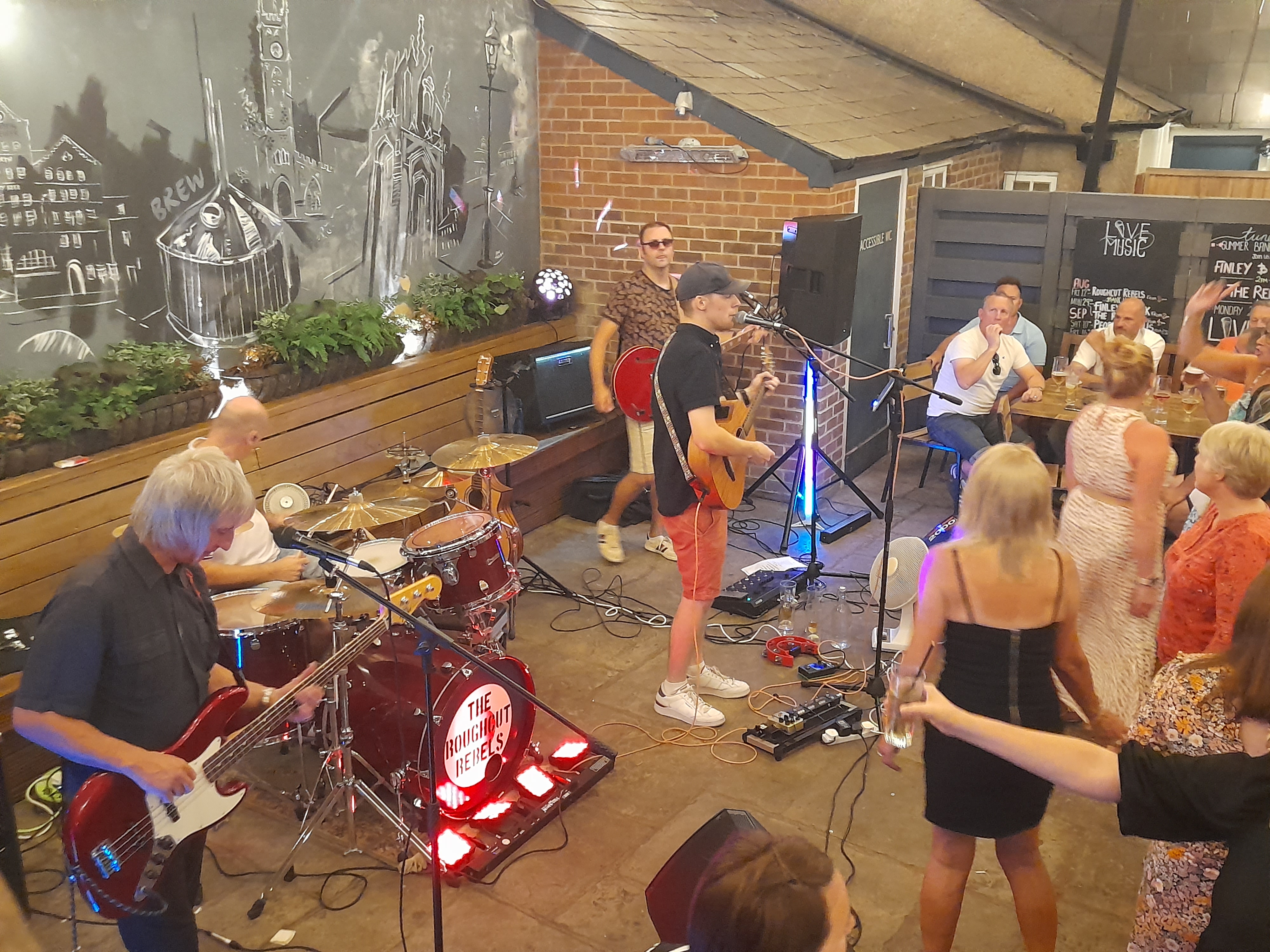 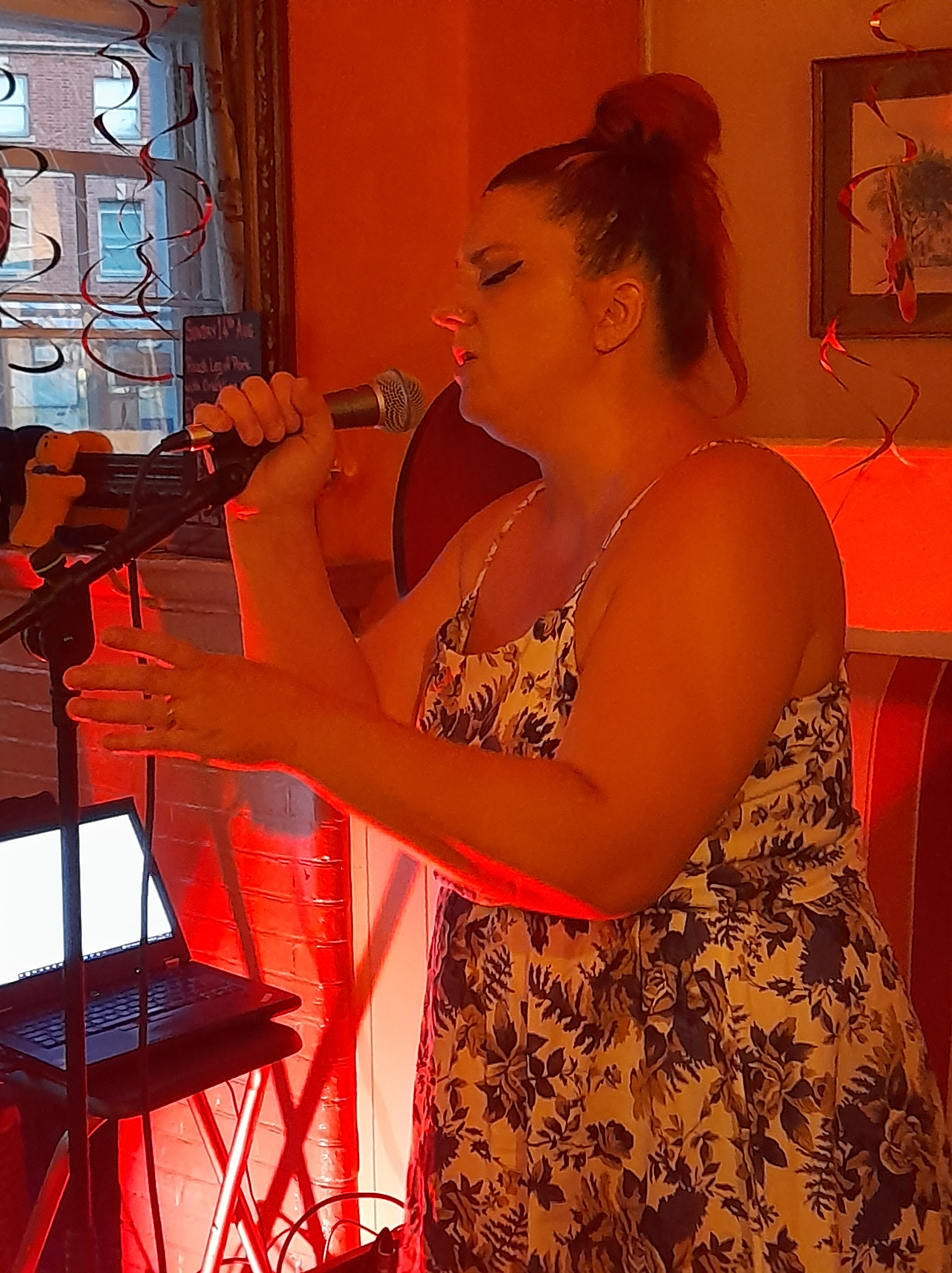 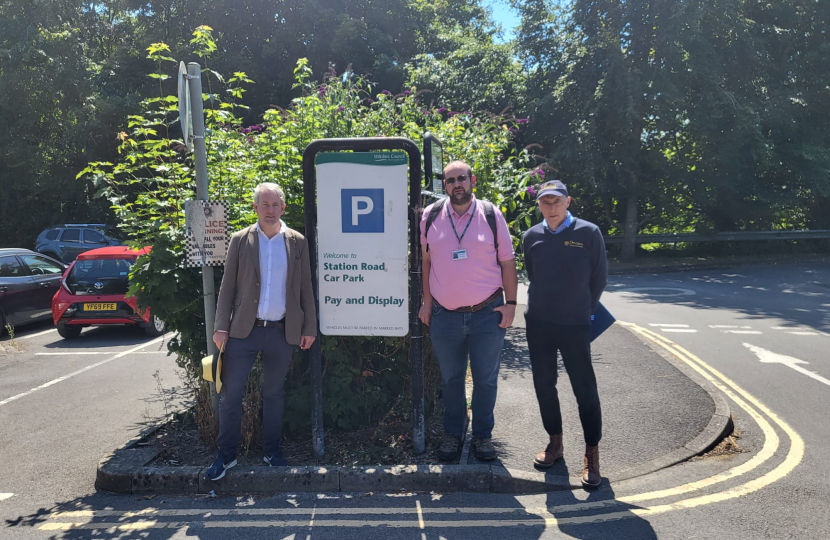 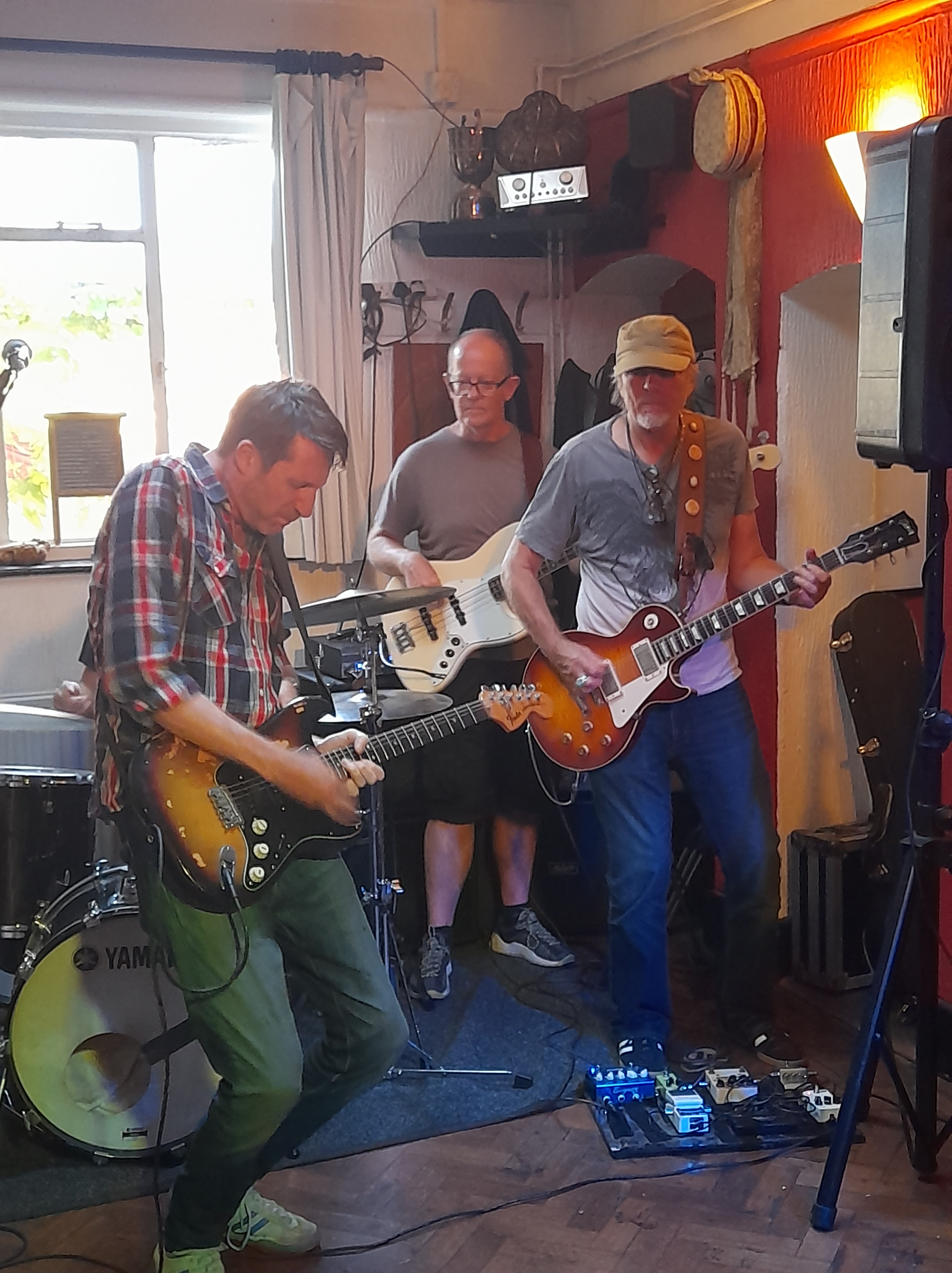 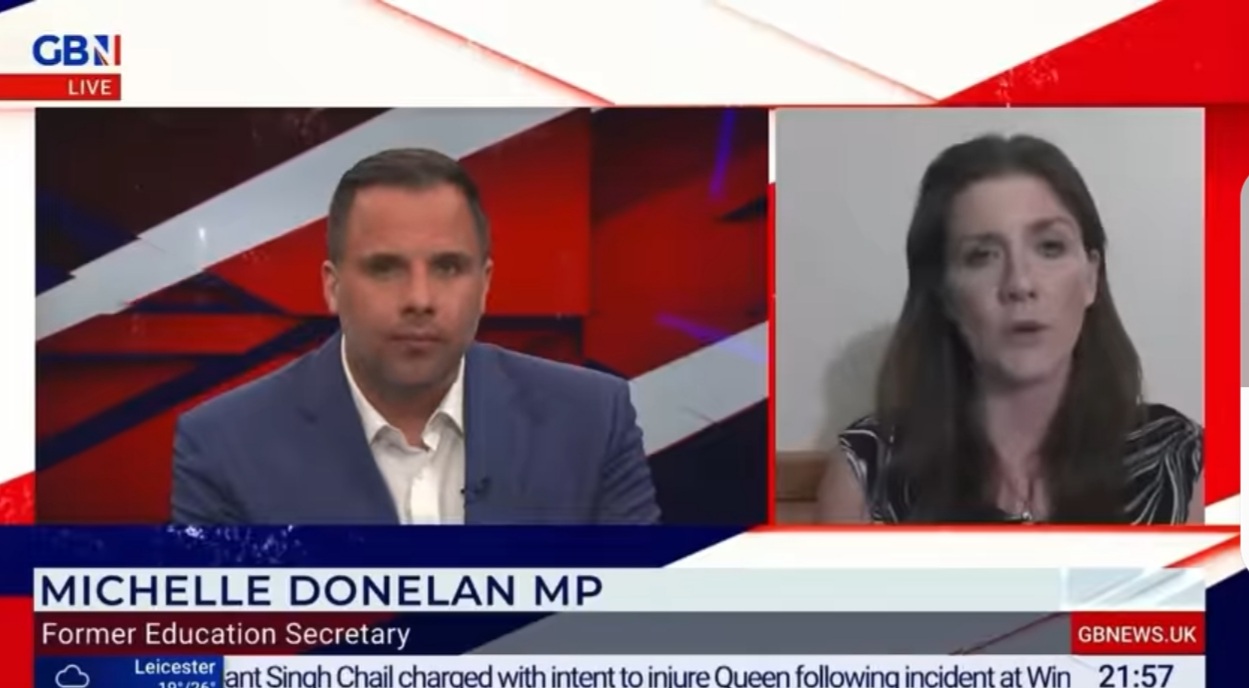